Doha, Qatar (CNN)Four Arab states said Wednesday they'll continue their diplomatic and economic boycott of Qatar after the Gulf nation responded negatively to their list of demands a month after a regional crisis began.

No side immediately revealed Qatar's full response to the demands of Saudi Arabia, Bahrain, Egypt and the United Arab Emirates. But Egypt's top diplomat said Qatar's answers were "overall negative and lacked any substance."

"This position shows the lack of awareness of how dangerous the situation is," Egyptian Foreign Minister Sameh Shoukry said in Cairo, where he and the quartet's other foreign ministers met to discuss the crisis.

The countries suspended diplomatic relations and cut off land, sea and air travel to Qatar in early June, accusing the country of funding terrorism and destabilizing the Middle East. Qatar has rejected those accusations.

Qatar had until Wednesday to reply to a list of 13 stipulations after the bloc agreed to extend the initial deadline by 48 hours.

The demands included the closure of the state-funded Al Jazeera media network, a reduction in diplomatic ties with Iran, and the halting of a Turkish military base in Qatar. 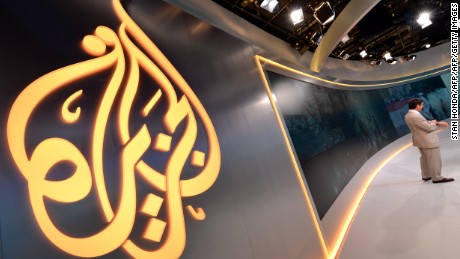 The next steps weren't clear, with representatives from the four nations saying they'll further discuss the situation and meet in Bahrain's capital at a yet to be announced date.

"We will consult and we will take future steps in the right time," Saudi Foreign Minister Adel al-Jubeir said.

It's not known how many of the demands, if any, Qatar agreed to meet.

Qatar's foreign minister, when CNN asked for a response, said his nation wouldn't comply with any demands that it considers a violation of international law.

"If you are looking at the demands -- there are accusations that Qatar is supporting terrorism -- they are shutting free speech, shutting the media outlets, expelling people. ... So there are a lot of demands which are against the international law," Sheikh Mohammed bin Abdulrahman Al Thani told CNN's Christiane Amanpour.

The Qatari response was handed over by Kuwait, which is acting as a mediator in the dispute.

Qatar's foreign minister has previously said some of the demands couldn't be met and that the list was "made to be rejected." 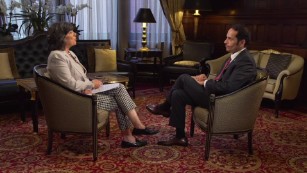 Thani told Amanpour that no money from Qatar is going out of the country to finance terrorism.

"If there is any Qatari who are involved in financing any terrorist organization, he will be held accountable for the wrongdoing he has done," he said.

The government recognizes a group as terrorist if it is designated by the UN Security Council or if there is proof it has committed violence, he said. An Islamic political organization not engaged in violence isn't considered a terror group, he said.

When asked about Hamas presence in Qatar, he said: "Hamas representation in Qatar is a political office. It is not an military presentation."

"It doesn't mean we are endorsing their ideas. It's a platform provided for engagement," he said.

Al-Jubeir, the Saudi foreign minister, said Wednesday the "political and economic boycott ... will continue until Qatar changes its policies for the better."

Mohammed Gargash Anwar, the UAE minister of state for foreign affairs, told CNN on Sunday that any future agreement with Qatar must be monitored by the US and European states to ensure that Al Jazeera and others did not incite terrorism or extremism, and that terror groups were not aided politically by or from Qatar.

Thani said shutting down Al Jazeera is out of the question.

The dispute is likely to exacerbate fissures in the tenuous alliances that shape Middle East politics, analysts say. One of the key demands from the Arab bloc was for Qatar to reduce its ties with Iran, an adversary of Saudi Arabia and other Sunni states.

Weeks after the spat surfaced, Saudi King Salman named his son, Mohammed bin Salman bin Abdulaziz, as the heir to the throne.

Mohammed bin Salman is defense minister and is believed to favor a more confrontational approach against Iran.

The dispute also has ramifications for the United States, which has a large military base in Qatar.