Flynn has given 'substantial assistance' to the special counsel Special counsel Robert Mueller told a federal court Tuesday that former Trump national security adviser Michael Flynn has given "substantial assistance" to the Russia investigation and should not get jail time. 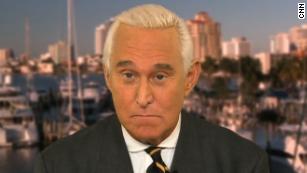 Flynn has sat for 19 interviews with the special counsel and other Justice Department offices, and his early cooperation gave prosecutors a road map for their Russia investigation and may have helped to encourage others to cooperate, the filing states.

The new details explaining how Flynn has helped the special counsel investigation will ratchet up the pressure on President Donald Trump, who has repeatedly attacked the Mueller probe as a "witch hunt."

Last week, Trump's former attorney Michael Cohen pleaded guilty to lying to Congress about his work on the proposed Trump Tower Moscow during the 2016 campaign and prosecutors accused former Trump campaign chairman Paul Manafort of violating his cooperation agreement by lying to the special counsel.

Tuesday's memo appears to list at least three ongoing investigations being pursued by the Justice Department. The details of two of them are redacted. The special counsel's office says Flynn cooperated with the investigation into links or coordination between the Russian government and members of Trump's team. 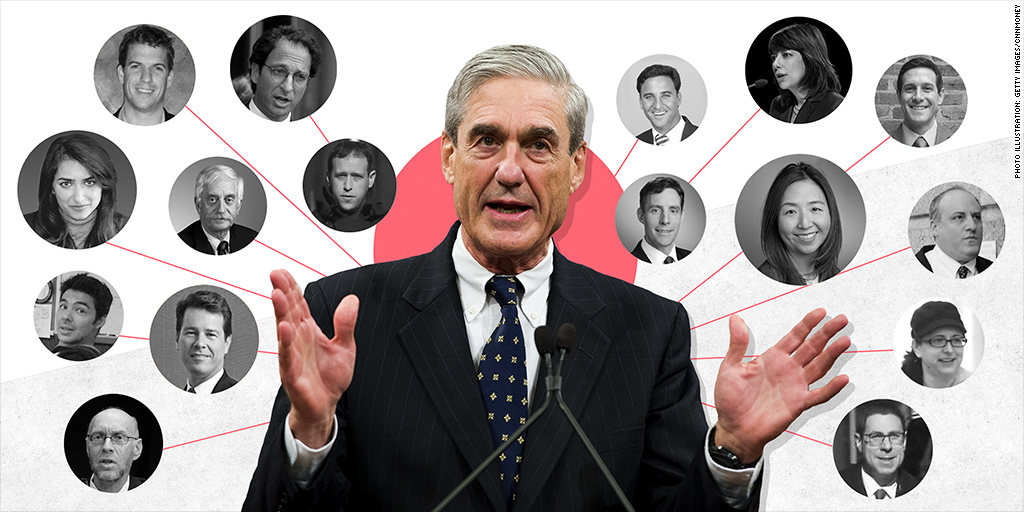 Special counsel Robert Mueller assembled a team of at least 17 lawyers for his investigation of Russian interference in the 2016 election and potential collusion between the Trump campaign and Russia.

Mueller's office says Flynn assisted it "on a range of issues, including interactions between individuals in the Presidential Transition Team and Russia." The rest of the sentence-long description of how Flynn helped in the Russian interference investigation is redacted.

According to Mueller's filing, Flynn has been helping investigators longer and on more Justice Department probes than had been previously known. The sheer amount of redacted text in the filing suggests those details are not ready to be unveiled, signaling that Mueller's investigation continues, along with other investigations that Flynn helped with.

Flynn began cooperating with the Russia probe "shortly after" Mueller's team approached him, prosecutors said -- and that early cooperation boosted investigators' understanding of what happened during the campaign. 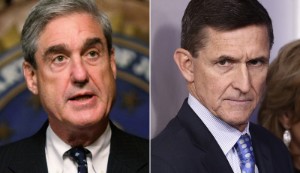 Flynn pleaded guilty to lying to federal investigators on December 1, 2017, becoming the first high-ranking Trump adviser to agree to formally cooperate with the special counsel's probe.

"His early cooperation was particularly valuable because he was one of the first people with long-term and firsthand insight regarding events and issues under investigation," the memo states.

"Additionally, the defendant's decision to plead guilty and cooperate likely affected the decisions of related firsthand witnesses to be forthcoming with the (special counsel's office) and cooperate," prosecutors wrote, making clear they used Flynn as their entry point into understanding the campaign and transition.

Flynn is at the center of what's believed to be an investigation into whether Trump obstructed justice. He has also been scrutinized by the intelligence community, and likely Mueller, for his contacts with high-ranking Russians before and during his short time in the administration.

He was a close adviser to Trump during the campaign -- and famously led a "lock her up" Hillary Clinton chant at the Republican National Convention.

Flynn served as Trump's national security adviser for less than a month in early 2017, then was fired more than two weeks after then-acting Attorney General Sally Yates told White House officials that Flynn he lied to Vice President Mike Pence about his communications on Russian sanctions with then-Russian Ambassador to the US Sergey Kislyak. At the time, the intelligence community was concerned the Russians could blackmail Flynn.

Flynn is scheduled to be sentenced December 18 by federal Judge Emmet Sullivan in DC federal court.

Despite the number of criminally charged lies he admitted to and his high rank in the Trump administration, Flynn earned the most lenient recommendation before his sentencing from the special counsel's office so far. 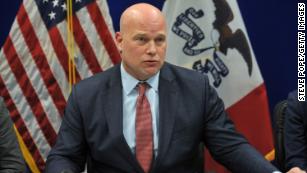 Previously, Mueller's office has told judges that the defendants they cut deals with did not help them as extensively. Three other defendants in the Mueller probe have been sentenced. They were internet fake ID salesman Richard Pinedo, who is currently serving six months in prison in California even after he helped Mueller track down a Russian social media propaganda scheme; George Papadopoulos, who's finishing a two-week prison sentence after he pleaded guilty to lying about his interactions with foreigners while he was a Trump campaign adviser; and Dutch lawyer Alex Van der Zwaan, who served about a month in prison after he lied about his communications following a Ukrainian lobbying project.

Neither Papadopoulos nor Van der Zwaan gave any substantial help to the Mueller investigation, prosecutors said at their sentencings.

In the filing Tuesday night, Mueller's prosecutors said "senior members" of the Trump transition repeated lies that they had been told by Flynn about his contacts with the Russian ambassador in late 2016.

"Several senior members of the transition team publicly repeated false information conveyed to them by (Flynn) about communications between him and the Russian ambassador regarding the sanctions," the filing states.

That sentence is followed by three-and-a-half lines of redacted information. Mueller's team told the judge it needed to redact information in the six-page memo because it contains "sensitive information about ongoing investigations."

In addition to lying to federal investigators about discussing sanctions with Kislyak, Mueller's filing states that Flynn lied about interactions with Russians over a United Nations Security Council resolution involving Israeli settlements. 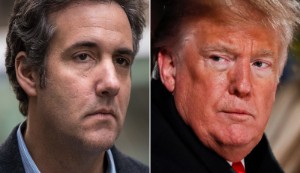 Flynn also made false statements to the Justice Department, the filing states, in his March 2017 foreign lobbying filing about his work in Turkey -- including failing to disclose his ties to the Turkish government when he wrote a November 2016 op-ed calling for the removal of a cleric residing in the US.

Mueller's office said Flynn's lengthy military and public service record should have made him "particularly aware" of the harm of lying to the government.

The filing states: "Senior government leaders should be held to the highest standards."