That call, which took place on July 25, one day after former special counsel Robert Mueller testified before Congress about Russian interference in US elections, was also part of a whistleblower complaint submitted to the Intelligence Community Inspector General, the source added, a revelation that is likely to raise more questions in the ongoing controversy.

The Journal also reported that Trump told Zelensky "that he should work with [Mr. Giuliani] on Biden, and that people in Washington wanted to know" whether allegations were true or not, one of the people said, according to the Journal. 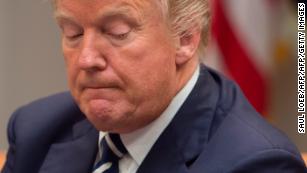 Trump did not discuss a pending aid package to the country in the July 25 call, indicating that there may not have been an explicit quid pro quo outlined by the President in the conversation, the source familiar with the issue told CNN.

A readout of the call put out by the Ukrainian government says, "Trump is convinced that the new Ukrainian government will be able to quickly improve image of Ukraine, complete investigation of corruption cases, which inhibited the interaction between Ukraine and the USA."

Joe Biden responded to the new revelations in a strongly-worded statement Friday.

"If these reports are true, then there is truly no bottom to President Trump's willingness to abuse his power and abase our country. This behavior is particularly abhorrent because it exploits the foreign policy of our country and undermines our national security for political purposes. It means that he used the power and resources of the United States to pressure a sovereign nation—a partner that is still under direct assault from Russia—pushing Ukraine to subvert the rule of law in the express hope of extracting a political favor," Biden said.

"Such clear-cut corruption damages and diminishes our institutions of government by making them tools of a personal political vendetta. At minimum, Donald Trump should immediately release the transcript of the call in question, so that the American people can judge for themselves, and direct the Office of the Director of National Intelligence to stop stonewalling and release the whistleblower notification to the Congress," he added.

Before the Journal's report was published, Trump downplayed the significance of the whistleblower complaint at the center of the latest controversy consuming Washington. During remarks in the Oval Office Friday, Trump claimed the whistleblower is partisan and his conversations with foreign leaders are "appropriate."

But in a back-and-forth with reporters, Trump did not deny discussing Biden with Zelensky in that July phone call -- a potential subject for the complaint.

"It's a partisan whistleblower. They shouldn't even have information. I've had conversations with many leaders. They're always appropriate," Trump said prior to the Journal's report being published while appearing alongside the Australian Prime Minister, who he was hosting for a state visit. 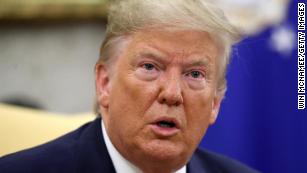 The whistleblower affair, in brief

Precise details of the accusation aren't known, much to the chagrin of Democratic lawmakers, who have demanded more information.

Trump admitted Friday he did not know the whistleblower's identity, and said he wasn't even sure if it was his conversation with Ukraine's leader that was the topic of the complaint.

But he nevertheless appeared defensive about his interactions with Zelensky, with whom he will meet next week on the sidelines of the United Nations General Assembly.

Asked whether he'd discussed Biden with Ukraine's Zelensky during a phone call in late July, Trump said it "doesn't matter what I discussed," but insisted that someone should look into Biden.

"It was disgraceful, where he talked about billions of dollars he's not giving to a certain country unless a certain prosecutor's taken off the case," Trump said, appearing to refer to January remarks when Biden discussed his interactions with Ukraine's leadership when serving as vice president. 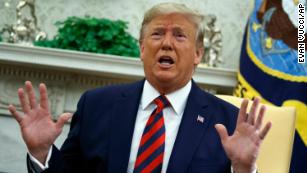 Appearing in a rambling interview on CNN on Thursday evening, Giuliani admitted he had discussed Biden with Ukraine's leaders during a visit to the country.

Giuliani has long lobbied Ukraine to investigate Biden's call in 2016 to remove the country's top prosecutor, who at one point had been investigating a Ukrainian natural gas company connected to Biden's son, Hunter.

Other Western governments also called for that prosecutor's dismissal, and no evidence has indicated Biden's move was inappropriate.

Ukraine's prosecutor general told Bloomberg in May he had no proof of wrongdoing by Biden or his son. 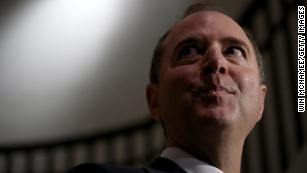 Trump's conversation with the Ukrainian President has come under scrutiny from House investigators and they have demanded more information about Trump and Giuliani's interactions regarding Ukraine and the Biden matter, including calls for a transcript of Trump's July phone call with Ukraine's president.

Democrats are also looking for more information about the whistleblower's complaint.

"There's a real sense of urgency here since the Inspector General was so clear this is not something that can wait," said House Intelligence Committee chairman Adam Schiff on Friday, a day after his panel was briefed behind closed doors by the inspector general.