Republican lawmakers will face fraught questions most have tried to dodge over President Donald Trump's fight against impeachment as they return to Washington for a week pulsating with political drama.

First up on Monday, Trump's former top National Security Council Russia specialist Fiona Hill is expected to give a deposition to House committees -- and could shed some light on the behind-the-scenes maneuvering between Trump, administration officials and outsiders acting on his behalf in Ukraine, including Trump's personal lawyer Rudy Giuliani.

Then, the end of a two-week congressional recess on Tuesday will heighten tensions over the most consequential duel over the fate of a presidency in at least 20 years, with new testimony expected from key figures in the scandal.

But Democrats also face extra scrutiny over their strategy as they race to prove that Trump abused his power by seeking election dirt on former Vice President Joe Biden from the President of Ukraine.

Trump is demanding a full House vote on impeachment procedures as he seeks to raise the electoral price for the Democratic offensive and claims that he is being denied due process. 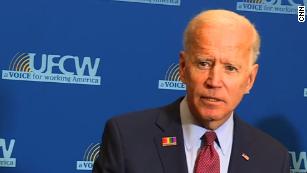 Joe Biden on call for Trump-Ukraine probe: 'I'm the reason there is impeachment going on'

More vitally important testimony is also expected this week -- barring White House efforts to thwart the process -- including from Gordon Sondland, the US ambassador to the European Union who acted as a middle man in Trump administration dealings with the Kiev government.

The Washington Post reported on Sunday that Sondland plans to tell lawmakers that a text between US diplomats denying a quid pro quo with Ukraine was dictated to him directly by the President. The text is a key piece of evidence in the Democratic impeachment inquiry.

Uproar in Washington will meanwhile be exacerbated by almost uniform outrage over Trump's Syria withdrawal and effective desertion of America's Kurdish allies in the fight against ISIS.

The move -- that has triggered a humanitarian crisis, scores of civilian casualties and could play into Russian and Iranian hands -- has sparked a rare upsurge of anger against Trump from the GOP.

And the impeachment frenzy will get an added jolt of political juice at the CNN/New York Times Democratic debate Tuesday that will test Biden's ability to simultaneously battle Trump and his party rivals.

No longer in the safety of their deep red states, GOP senators who may eventually be called upon to keep the President in office, will face heat from Democratic rivals and reporters in the Capitol's corridors to justify their continued support.

They will be asked whether it is acceptable for a president to solicit election help and dirt on a rival from a foreign government, as Trump is accused of doing with Ukraine.

The question is discomforting because it forces them to defend a president who poses constant political headaches for his own party but who has a domineering hold on its grass roots base.

Many Republicans have so far avoided answering detailed questions about fast moving revelations about Trump's pressure on Ukraine or suggested unconvincingly that he was joking when he called on China to investigate Joe Biden and his son Hunter.

One Republican, Sen. Kevin Cramer of North Dakota, struggled for an effective response during an interview Sunday with Jake Tapper on CNN's "State of the Union." 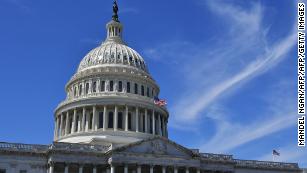 "There's great integrity in his authenticity, which is something that people out here in the heartland appreciate about him," Cramer said. "I think he talks. He thinks out loud. He expresses whatever (is) on his mind. And people can take that and twist it any way they want to."

"Elections in the US should be decided by Americans," Cruz said Sunday on CBS' "Face the Nation." "It's not the business of foreign countries, any foreign countries to be interfering in our elections."

Senators like Cruz and Cramer have easy political choices. Both are from solid conservative states where Trump is a rock star and neither face reelection until 2024.

But the scrutiny will be intense this week on their less fortunate colleagues up in 2020 in competitive states like Colorado's Cory Gardner and Maine's Susan Collins. 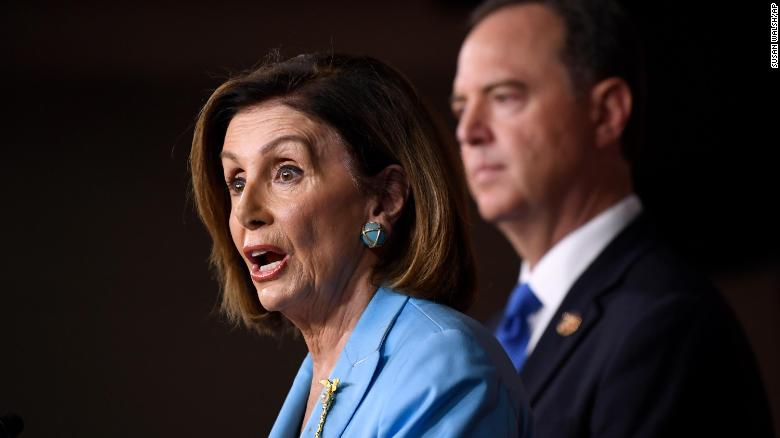 Democrats are stepping up efforts to defend their stewardship of the impeachment inquiry as they seek to turn public opinion against the President.

Trump has warned he will withhold testimony and evidence if House Speaker Nancy Pelosi refuses to schedule a full House vote to initiate impeachment -- though his advisers have refused to give an undertaking to cooperate even if that happens.

Republicans point out that the last two impeachment showdowns did begin with such a step. Democrats counter that there is no constitutional requirement to hold a vote -- that some observers feel could be risky for swing state Democrats. 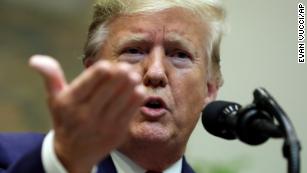 What Nixon's impeachment saga teaches us about Trump's

House Intelligence Committee Chairman Adam Schiff warned Sunday that Trump's supporters were trying to turn the grave process of impeachment into a public fiasco and to undermine the inquiry.

The California Democrat warned open proceedings at this stage would allow witnesses to tailor their testimony.

"Now we may call some of the same witnesses or all the same witness, in public hearings as well, but we want to make sure that we meet the needs of the investigation," he said.

Trump said during the weekend he would sue Schiff -- a characteristic threat on which the President often does not follow through -- over his handling of the impeachment inquiry.

Trump's frustration at the situation also boiled over during a rally in Louisiana Friday night when he removed the few remaining constraints on his presidential rhetoric. 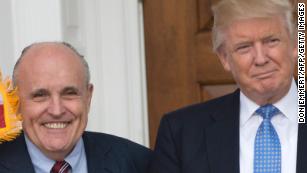 Sign of solidarity? Trump and Giuliani had lunch at President's golf course

"The radical Democrats' policies are crazy. Their politics are corrupt. Their candidates are terrible and they know they can't win on Election Day, so they're pursuing an illegal, invalid and unconstitutional bull**** impeachment," he said.

The Washington confrontation over impeachment comes as national opinion shows signs of movement on the question.

Increasingly, polls show that a majority of Americans are in favor of investigating Trump over Ukraine, and there's even growing support for that view among some Republicans.

But most surveys are yet to show that more than half of Americans want Trump removed from office at this point -- although one Fox News poll showing 51% in favor of that proposition incurred the President's fury last week.

Such political shifts are unlikely to change the basic political equation: It's highly unlikely that 20 Republican senators will join Democrats to build a two-thirds majority to convict Trump in any formal impeachment trial.

But they do suggest that some Senate Republicans could pay a price for standing with Trump -- a relatively new dimension in the political tumult unleashed by his presidency. 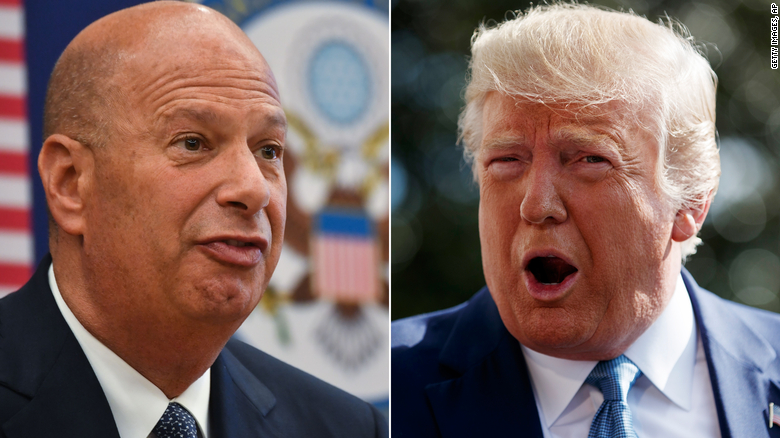 The week ahead is also likely to bring new revelations -- and leaks -- from testimony from officials in a position to discuss Trump's contacts with Ukraine.

The most closely watched session will be a private deposition scheduled for Thursday from Sondland.

His testimony was postponed last week due to last minute objections from the State Department and he's now expected to appear under a subpoena.

The Washington Post suggested on Saturday that Sondland could deal a serious blow to Trump's defense — that there was no "quid pro quo" in the form of withheld military aid designed to secure Ukraine's support in investigating Biden.

The newspaper reported that the ambassador will say the President told him there was no quid pro quo but that he did not know whether Trump was telling the truth. 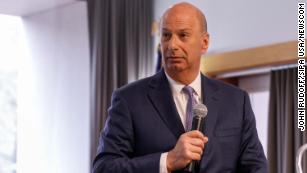 Hill's testimony could be another worrying moment for the White House since she is not a Trump loyalist, and unlike the President is a deep skeptic of Russian President Vladimir Putin.

Democrats will hope that Hill can build a picture of efforts to influence the Ukrainian government by outside Trump confidants, including Giuliani.

Two of Giuliani's associates, who helped press for investigations of Biden, were arrested last week attempting to leave the country and indicted on campaign finance violations.

Another potential controversy erupted on Sunday when Schiff suggested the whistleblower who first raised alarm about Trump's dealings with Ukraine may not testify.

"Our primary interest right now is making sure that that person is protected," Schiff said on CBS, following days of attacks by Trump on the unidentified official which prompted the person's lawyers to raise fears over their safety.