The court that could decide the future of Trump's presidency Presidents understand the power of this court, and President Donald Trump may come to understand that more than most.

The US Court of Appeals for the District of Columbia Circuit -- known as the DC Circuit and dubbed the country's "second highest court" -- handles a distinctive caseload testing the power of federal regulators and the executive branch.

The DC Circuit's portfolio has long put it at the center of disputes over potential White House wrongdoing, such as during Watergate in the Nixon years, the Iran-Contra scandal of the Reagan administration and Independent Counsel Ken Starr's investigation of President Bill Clinton.

Now, it could help determine the fate of legal issues surrounding the House Democrats' impeachment inquiry and Trump's desire to withhold personal information and limit his allies from cooperating with investigators.

In its first such case regarding Trump, a three-judge panel earlier this month affirmed the investigatory power of the US House of Representatives and upheld a subpoena for eight years of the President's financial documents.

MORE ON THE IMPEACHMENT INQUIRY FROM CNN

Trump's Ukraine scandal: Who's who?

Key allegations from the Ukraine whistleblower are true, despite what Trump says

The decision, already reverberating in other Trump-related litigation, comes from an appeals court that is not only more prominent than most, but one whose members have been more provocative and attention-getting. Four of the current nine Supreme Court justices were elevated from this singular circuit. And Merrick Garland, whom President Barack Obama nominated to the Supreme Court but never received a Senate vote, is the chief judge of the DC Circuit.

The court's robust interpretation of Congress' oversight power arose in litigation that began before the Democratic-led House initiated its impeachment inquiry and started focusing on Trump's Ukrainian dealings. The subpoena fight involving Trump's longtime accountants, Mazars USA, had been simmering for months.

Yet the DC Circuit's regard for congressional power was broadly cast and could influence other battles between Democrats and Trump.

The decision reflected the judiciary's long-established regard for Congress' oversight authority. The DC Circuit also leans liberal. Of the 11 active judges on the circuit, seven were appointed by Democratic presidents and four by Republican presidents.

"They view themselves as legal technicians. Their view is that they do not make policy, they apply the law," said University of Michigan law professor Nicholas Bagley. "But the nature of the fights that are brought to the DC Circuit are often those that get the partisan blood boiling."

Two of the three judges who ruled against Trump were appointed by Democrats. The third, Judge Neomi Rao, a Trump appointee, wrote a strong dissent siding with the President.

"The law is on Congress' side," said Bagley, who was a law clerk on the DC Circuit and the Supreme Court and now specializes in administrative law, "But to the extent that politics matters here, and it probably matters at the margins, there are more Democratic appointees on this court."

Laying down markers in the Trump tax records lawsuit

Presidents tend to tap for the DC Circuit candidates with executive branch experience and a record of scholarly writings. They look for likeminded thinkers, sometimes ideological crusaders.

As a result, DC Circuit nominees have endured bitter confirmation fights through the years. Three of the current judges appointed by Obama made it onto the bench after a titanic 2013 partisan clash that led the then-Democratic Senate majority, faced with GOP stonewalling, to amend the longstanding filibuster rules.

Confirmation controversy has only accelerated over time as the DC Circuit has become a stepping stone for the Supreme Court. Among the four current justices who came from the DC Circuit is Chief Justice John Roberts. (An earlier chief justice, Warren Burger, also first wore a black robe on the DC Circuit.)

And in the annals of high court confirmation battles, three DC Circuit judges stand out: the Democratic-led Senate's 1987 rejection of Robert Bork, a nominee of Ronald Reagan; the Republican-led blockade of Garland; and last year's bitter fight over Trump nominee Brett Kavanaugh, who eventually was confirmed.

Trump has sued to prevent Mazars USA from turning over documents to the House Committee on Oversight and Reform. The committee argued that it needs Trump's financial records to assess his compliance with federal ethics regulations and to guide its work on legislation.

The DC Circuit sided with the House committee, 2-1, asserting that it has subpoena authority under the House rules and the Constitution, and that Mazars must relinquish the documents.

Rao, whom Trump named to the bench last year and confirmed earlier this year, dissented. Rao declared that the US House could investigate the President for wrongdoing only as part of an impeachment. "Allowing the Committee to issue this subpoena for legislative purposes," she wrote, "would turn Congress into a roving inquisition over a co-equal branch of government."

That view, said Judges David Tatel and Patricia Millett, both Democratic appointees, "would reorder the very structure of the Constitution." Rao's "novel approach," Tatel wrote for the majority, would force "Congress to the Hobson's Choice of impeachment or nothing."

Either way, in classic DC Circuit style, both sides have laid down markers on the fundamentals of congressional investigations, likely with an eye to the Supreme Court and to future litigation. The Tatel opinion for the majority was 66 pages; Rao's dissent was 68 pages. 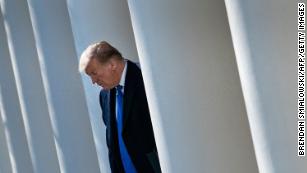 Trump's lawyers have the option of asking the full DC Circuit for an "en banc" hearing or directly appealing to the Supreme Court.

The DC Circuit rarely grants such en banc hearings, but if one was sought and granted, Trump's lawyers would make their case to all 11 judges in a dramatic session.

Even if a request for a full DC Circuit hearing would ultimately be denied, the Trump team might find it advantageous to request one, as going through that process could buy more time for Trump's larger effort to avoid disclosure of his records.

A history of controversy

Most US appeals courts handle an array of criminal cases, religion and social policy conflicts, and all manner of business disputes. But the DC Circuit, by virtue of its location in the nation's capital and specific jurisdiction, hears a narrower docket tied mainly to how government works.

"Whatever combination of letters you can put together," Roberts said in a 2005 lecture reprinted in the Virginia Law Review, "it is likely that jurisdiction to review that agency's decision is vested in the D.C. Circuit."

Ideological clashes have endured through the years. Reagan made his mark on the court with the appointment of eight conservative jurists in the 1980s, including Bork; Antonin Scalia, later elevated to the Supreme Court; and Ken Starr, who later became Whitewater independent counsel and triggered the impeachment of President Bill Clinton.

ACTIVE JUDGES ON THE DC CIRCUIT COURT OF APPEALS

Tatel, at 77, is the liberal lion of the bench today. He authored a major voting rights opinion, involving Shelby County, Alabama, upholding a section of the 1965 Voting Rights Act that required states with a history of discrimination to obtain federal approval before changing their election laws. Tatel deemed race discrimination in voting "one of the gravest evils that Congress can seek to redress," and wrote that Congress, when passing legislation against it, "acts at the apex of the power."

The Roberts-led Supreme Court, in a decision that remains one of its most controversial, reversed by a 5-4 vote in 2013 and curtailed the reach of the Voting Rights Act's reach.

A 1994 appointee of Clinton, Tatel early in his career had been director for the Office of Civil Rights in the Department of Health, Education and Welfare and previously worked for the Lawyers' Committee for Civil Rights Under Law in Chicago.

When Obama took the White House in 2009, Democrats held the Senate majority, but Republicans were sizable enough to block efforts to cut off floor debate on his DC Circuit nominees. In 2013, then-Senate Majority Leader Harry Reid persuaded the Democrats to change the filibuster rules, with the "nuclear option," so that a lower-court nominee could be confirmed with a simple majority of the 100 senators, rather than require at least 60 votes to close debate.

That change led to the confirmation of Obama appointees Millett, Cornelia Pillard and Robert Wilkins.

Pillard, now 58, was arguably the most liberal of the three. A Georgetown law professor, she had previously worked for the NAACP legal defense fund and had a deep record of advocacy for civil rights and women's rights. Pillard already is on the short list of liberals hoping that a Democrat wins the White House in 2020 and can fill a new vacancy on the high court.

Millett, 56, an appellate specialist who had worked for the Justice Department and in corporate law, had a more moderate reputation. But soon after Trump took office, she faced off against then-DC Circuit Judge Kavanaugh in the first phase of an unusual abortion rights case. Kavanaugh was part of a panel that sided with the Trump administration in its effort to block a pregnant migrant teen from obtaining an abortion. Millett wrote that the move sacrificed the 17-year-old woman's constitutional rights for no justifiable reason. The full DC circuit reheard the case and reversed the panel, allowing the woman to end her pregnancy.

Another possible liberal-leaning Supreme Court nominee for a Democratic president would be Judge Sri Srinivasan, who was born in India, grew up in Kansas, and would be the first Asian-American and Hindu on the Supreme Court.

Srinivasan, 52, was a relatively non-controversial Obama appointee, confirmed unanimously in spring 2013. He previously worked in the Justice Department and was a law clerk to Supreme Court Justice Sandra Day O'Connor, a Reagan appointee. 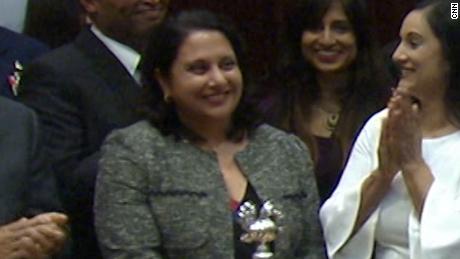 Trump has filled two DC Circuit vacancies since taking office, the first with Gregory Katsas in 2017, and then Rao, who until her confirmation this year had been the Trump-appointed administrator of the Office of Information and Regulatory Affairs at the Office of Management and Budget.

Both Katsas and Rao were law clerks to Justice Clarence Thomas, the most conservative member of the current Supreme Court. Both were approved by the Senate on party-line votes. No Democrat voted for Rao and only one Democrat voted for Katsas.

During her Senate hearing earlier this year, Rao, 46, drew controversy on multiple fronts, chiefly for her work overseeing Trump administration efforts to rollback regulations, but also because of her student writings suggesting women could avoid date rape by changing their behavior. After senators' criticism, including from Republicans, she wrote a letter to the Senate Judiciary Committee saying, "Sexual assault in all forms, including date rape, is abhorrent. Responsibility for the rape is with the rapist."

Before appointment as regulatory "czar," Rao oversaw the Center for the Study of the Administrative State at George Mason University's Antonin Scalia Law School.

She has been especially in sync with the Trump agenda to diminish the reach of agency power -- what's been called the "administrative state" -- over the environment, labor and other public concerns.

Along with challenges arising from that Trump administration focus, the DC Circuit is positioned to take up more cases involving the House efforts to obtain Trump documents.

This is a familiar tale, the DC Circuit majority wrote in last Friday's case. "[D]isputes between Congress and the President are a recurring plot in our national story," Tatel said. "And that is precisely what the Framers intended."

The separation-of-powers doctrine, he said, quoting Justice Louis Brandeis in 1926, "was not to avoid friction, but, by means of the inevitable friction ... [among the branches] ... to save the people from autocracy."