A volcano near the capital of the Philippines erupted Sunday, forcing residents to evacuate as experts warned that another "hazardous explosive eruption" is possible.

The Taal Volcano, about 37 miles (60 kilometers) south of Manila on the island of Luzon, erupted in the afternoon.

Authorities ordered evacuations for three towns, according to CNN Philippines.

The Philippine Institute of Volcanology and Seismology reported that the volcano exhibited a "fast escalation" in volcanic activity. Continuous eruption generated ash plumes 6 to 9 miles (10 to 14 kilometers) above the crater, spewing ashes "as far as Quezon City."

The agency raised its alert status to indicate the possibility of a hazardous eruption with lava within hours to days.

Ma-an de Ocampo-Ignacio was on a plane approaching Manila when she captured a photo. 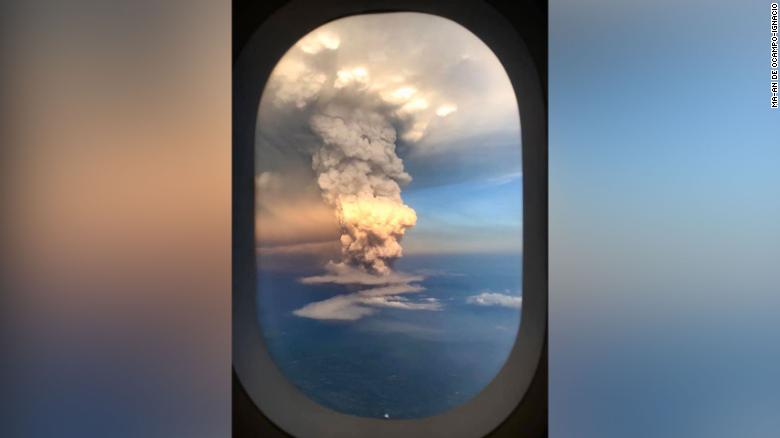 "It was fascinating to watch it," Ocampo-Ignacio told CNN. "But now we're getting to the business of finding out what the communities there need."

CNN's Eric Cheung and Amanda Jackson contributed to this report.