When one of India's top generals suggested Kashmiris should be sent to terrorism "deradicalization camps," it sparked alarm and confusion in a country already strained by religious tension.

During a panel discussion in New Delhi in mid-January, Gen. Bipin Rawat, India's Chief of Defense Staff, said children were being radicalized by extremist militants in Kashmir and there was a need to separate them.

"Girls and boys as young as 10 and 12 are now being radicalized. These people can still be isolated from radicalization in a gradual way, but there are people who have completely been radicalized," Rawat said at the Raisina Dialogue, an international conference on geopolitics attended by global leaders in politics, diplomacy and business.

"These people need to be taken out separately, possibly taken into some deradicalization camps."

Rawat also appeared to indicate that such camps already existed. "We have deradicalisation camps going on in our country," said Rawat, though he did not provide any additional details on the nature of the camps, or where they might be located. 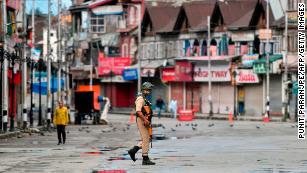 Despite the vagueness of his comments, rights groups say it is a worrying sign when many of the country's Muslims already feel like second-class citizens, and tensions in the heavily militarized Muslim-majority Jammu and Kashmir region are high.

"I am quite baffled by the statement. Has anyone actually identified where these camps are, what they are?" said Manoj Joshi, fellow at the Observer Research Foundation, an Indian think tank.

"Is it possible to keep something like that quiet in the country? If there are camps, then it is very serious. What is the process on how people are sent to them?"

It is unclear exactly what Rawat, who has been known to make outlandish statements, meant by his remarks, or whether there is a plan or policy in place to establish camps. Indian government and military officials have declined to comment on the general's remarks. The Indian Defense Ministry and the Home Ministry declined to comment.

Rawat, a four-star general who was head of the India Army, now holds another extremely influential position as Chief of Defense Staff, which means he is the principle adviser to the Defense Minister.

Dilbag Singh, the top police official in Jammu and Kashmir did not back Rawat's claim that camps existed.

Instead he said that the formation of such camps would be a welcome addition to the valley. "If any such facility comes up in Kashmir, it will be a good sign. It will definitely help people," said Singh at a press conference earlier this week. 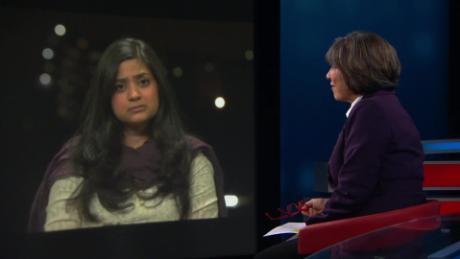 Are there camps in India?

Some commentators have said there is no evidence of such camps in India.

"I don't recall anything (about deradicalization camps)," said Harsh Pant, professor of international relations at King's College, London, and an expert on Indian defense strategy and policy.

"It seems that this was an off-the-cuff remark. I think he did not understand the importance of the comment. India needs a deradicalization strategy and has been unable to come up with it. There has always been that problem on how you deal with radicalized individuals."

Syed Ata Hasnain, a retired Lt. Gen. of the Indian Army, said in an op-ed for the Quint that Rawat may have actually been referring to "deradicalization centers."

"Where advice and education can be imparted to parents and their wards who have probably been led astray ... There appears no information in the public domain about any such 'deradicalization camps' mentioned," he said. 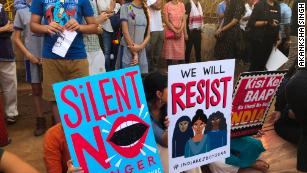 But the use of the word "camps" is highly sensitive in India in the current political climate, and his words raised fears that India is building facilities similar to China's "re-education centers" in Xinjiang, used to detain Uyghur Muslims.

Two policies from Prime Minister Narendra Modi's government -- the Citizenship Amendment Act (CAA), which grants citizenship to minorities from neighboring countries, but not Muslims and whose passage has fueled nationwide protests; and a National Register of Citizens (NRC) in the eastern state of Assam, which critics feared could be used to justify religious discrimination -- have caused many Indian Muslims anxiety over their future and sparked fears they could soon be classified as illegal immigrants.

"The hangover of the CAA and NRC agitation which revealed information about detention centers for 'aliens', something denied by the Indian government, has obviously had a psychological effect too; hence, the high level of sensitivity at the mention of 'deradicalization camps'," wrote Hasnain.

Why Rawat's comments are so controversial

In Kashmir, Rawat's comments about potentially separating children into camps are even more controversial.

In recent months, tensions have increased in Indian-controlled Kashmir. In August, India revoked Jammu and Kashmir's semi-autonomous status and imposed an almost-complete communications blackout. An internet shutdown is still in place in the Kashmir valley after more than five months, the longest such shutdown in India.

Travel curfews and roadblocks were established, and millions of residents in India's only Muslim-majority state were cut off from their families in other parts of the country. Officials in Kashmir told of mass detentions, while residents said tear gas and pellet guns were used against Kashmiri citizens. 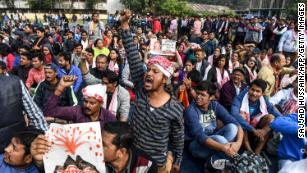 India is a world leader in Internet shutdowns

In a recent statement, Human Rights Watch said at least 144 children had been detained and that the government was "falling far short in upholding Kashmiri rights."

The government also revoked Kashmir's statehood and reclassified it as a union territory, giving the central government in New Delhi greater authority over the disputed region.

For decades Kashmir has been the epicenter of an often-violent territorial struggle between India and Pakistan. A separatist insurgency against Indian rule began in 1989 and has since claimed 47,000 lives.

Pakistan, which claims Kashmir in its entirety, said it condemns the "highly irresponsible remarks."

"Gen. Rawat's talk of 'deradicalization camps' for Kashmiri children is simply despicable. It cannot be condemned enough," according to a statement from Pakistan's Ministry of Foreign Affairs. 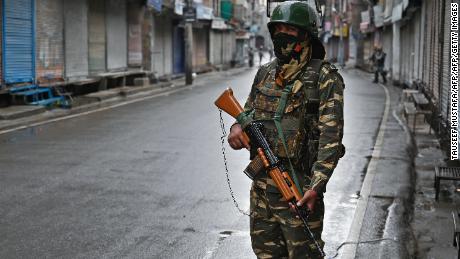 Here's why Kashmir is so important

Does India have a radicalization problem?

A violent separatist movement is ongoing in Kashmir and a number of terrorist and militant groups are active there. But the estimate on the number of militants currently in the region is small -- about 300 people joined militant groups between 2010-2016, according the Ministry of Home Affairs.

However in recent years there has been a rise in the number of minors who have joined such groups, according to Joshi, from the Observer Research Foundation.

Violence flared in Kashmir after the death of Burhan Wani, a young militant leader, in 2016. Wani, a member of the Hizbul Mujahideen militant group, was known for using social media to reach out to Kashmiri youth. 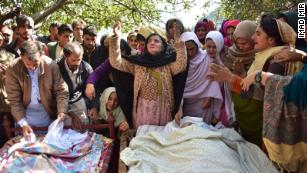 But in his comments, Gen. Rawat didn't appear to distinguish between young Kashmiris who had joined militant groups and those protesting as citizens.

"There are young people who have been radicalized who are pelting stones," Rawat said. "You see how a terrorist operates," he added, appearing to suggest that young people were protesting because they'd been radicalized, rather than being angry about recent infringements on their freedom.

For many, opposition to the Indian government's actions in Kashmir is political, not religious.

India has put some deradicalization programs in place, particularly when governments were trying to stifle the growth of ISIS, but the country "does not have a dedicated deradicalization policy," said Pant, the expert from King's College.

While some say there is a need for smarter efforts to stop religious extremism from spreading, especially among young people, sequestering people in camps is a dangerous move.

"If you take the kind of steps the Chinese have taken, it will end up backfiring. There is a population that is radicalized but there is a larger population which wants effective governance," Pant said.

"It is not possible -- operationally and logically."