With Chinese authorities warning the coronavirus outbreak is accelerating, placing millions of people in more than a dozen Chinese cities under intense travel restrictions might seem like a good idea. 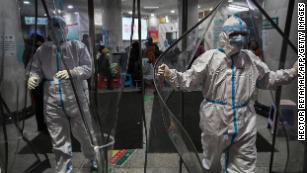 But historically a mass quarantine is an aggressive response that's far from perfect. In the past it has led to political, financial and social consequences.

The shutdown of Wuhan, a city of more than 11 million people where the virus originated, is "utterly incredible," Howard Markel, professor and director of the Center for the History of Medicine at the University of Michigan, told CNN.

"I've never seen an entire city 11.4 million people cordoned off like that," Markel said. "I thought I'd seen everything."

Lawrence Gostin, a professor of global health law at Georgetown University and director of the World Health Organization's Center on Global Health Law, said the move was "unprecedented," and, he thought, "very unwise."

"Nothing on this scale has ever been tried," he told CNN. "There's very little evidence of its effectiveness. And I think there's good reason to think that it could backfire, from a public health, social, human rights perspective."

Quarantines date back to Italy in the 1300s, as the bubonic plague ravaged Europe. In Venice, sailors and ships coming from infected ports were made to wait 40 days before docking in a practice called "quaranta giorni," or "40 days."

People criticize quarantines because in practice a virus or bacteria "invariably gets loose," Markel said, as do people. "Every quarantine, people get out," he said. "They just do, especially one of this magnitude."

Large-scale quarantines like the one in Wuhan are generally avoided nowadays, with the medical community more focused on providing treatment, medication and vaccines to prevent them entirely, according to Markel. 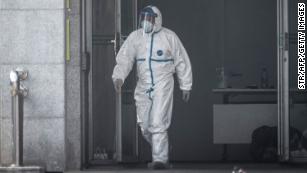 The deadly new coronavirus has reached the US. Here's how to protect yourself

Quarantines "can stay things or quell things for a while," he said, "but they're not the best things to use long-term."

They can also lead to logistical issues. Just the word "quarantine" can cause panic or hysteria, Markel said. Anyone concerned about a common cold or sniffle will head for hospitals, straining already precious resources. Wuhan officials have already acknowledged local hospitals were struggling to accommodate people seeking medical attention.

There are also human rights implications when Wuhan and more than a dozen other Chinese cities are placed under lockdown, Gostin said. "I don't think you can enforce a mass quarantine of 30 million people without violating human rights."

Gostin also questioned the effectiveness of the approach, pointing to smaller quarantines during the 2014 Ebola outbreak in West Africa. "It spurred public violence, there was ... distrust of public health authorities, people didn't come in for treatment and it was thought that it actually set back the outbreak response considerably," he said.

There are broader financial and social consequences

But outside the realm of public health, quarantines can present broader societal problems. Perhaps most obvious is the economic impact.

Quarantines "are often very economically and financially costly," said Alexandre White, an assistant professor of sociology and the history of medicine at Johns Hopkins University.

The flow of trade in and out of the quarantined zone is halted, and goods in the process of being shipped could go bad -- depending on how long it lasts.

"As any quarantine extends, the economic and social hardships on the community under quarantine will expand, requiring the delivery of food and services and also hindering local economic activity," he said.

These economic impacts are a large part of why quarantines are seen as a "less desirable course of action," White said. 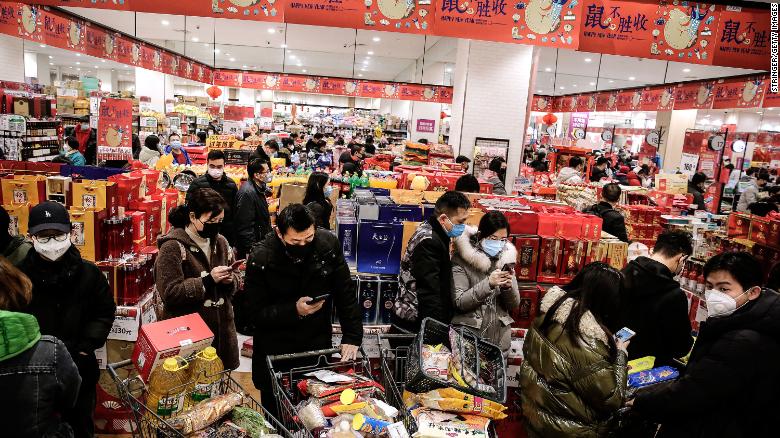 Residents wear masks to buy vegetables in the market on January 23, 2020, in Wuhan, Hubei, China.

Then there are the social consequences, White said, particularly for marginalized members of a community. Historically, he said, the aggressive control needed in a quarantine can link the disease to marginalized people and potentially fuel existing anxieties about race and class.

White pointed to an outbreak of bubonic plague in Cape Town in 1901 that led to a racially segregated quarantine camp, which he said was later used as a blueprint for racial segregation during apartheid.

Markel told CNN there was a "long history of quarantine being misused as a social separator, rather than a public health one."

"There's a risk of stigmatization," he said, "that marginalized groups are rightly concerned about and fear."

Trust and cooperation are key

There's still a lot that's unknown about the coronavirus outbreak and how Chinese officials are responding to it.

But generally, the trust and cooperation of the public is the most important thing for officials to have in a public health crisis, said Gostin.

Without it, people won't come in for testing and won't share the names of people they've been in contact with -- a vital part of the strategy to prevent the spread of disease. 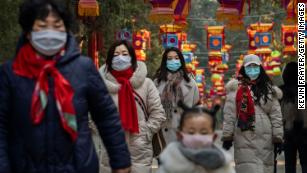 "People get fearful, they hunker down ... You can't go to social clubs, you can't see friends. A lockdown of 30 million people -- that really upends their lives."

Gostin believes the best way to tackle a situation like the one in Wuhan is a "surge of the public health response," he said. It should be easier for people to get to hospital and there should be mobile clinics that meet people at their homes to provide testing and treatment.

Governments implementing a quarantine should still want the public's cooperation, said Markel. The government should provide plenty of explanation and keep up constant communication

"Getting the buy-in from the people you're protecting is essential," he said, "and always better than ordering people to do stuff."

CNN's Amanda Sealy and Elizabeth Cohen contributed to this report.