With the exception of the days he spent in intensive care, this past week has been Boris Johnson's worst since taking office.

Johnson has been embroiled in a scandal surrounding his chief adviser, Dominic Cummings, who it emerged had travelled over 260 miles with his wife and child after developing symptoms for Covid-19. He then drove to a nearby town, which local police say amounted to a minor breach of lockdown regulations, though no further action will be taken.

Despite public outrage, opinion polls showing a dip in support for the government and members of his own party demanding that Cummings be sacked, the Prime Minister has publicly backed his adviser several times, saying that he believes Cummings acted reasonably, lawfully and that the matter is now closed.

Critics say that Cummings' failure to adhere to official regulations and the spirit of government advice is a risk to public health. They say that citizens might legitimately wonder why there is one rule for Cummings and another for everyone else, and start breaching guidelines themselves. 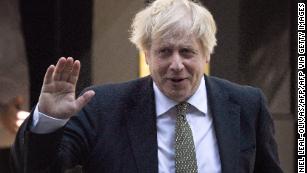 Johnson's unwavering support for Cummings has left him politically exposed.

Numerous lawmakers and officials in Johnson's Conservative party believe that he was too slow to act once the story broke, and that Cummings appeared dismissive and arrogant when asked about the allegations. Many believe that had Johnson and Cummings expressed contrition, the story would have gone away. Others believe that sacking Cummings is the only way out of the crisis.

Instead, the Prime Minister doubled down so unequivocally that the scandal, the alleged hypocrisy, the impact it has on government and the damage it might do to public health is on his shoulders.

All of which raises the question: why is Cummings so valuable to Johnson?

If Johnson was the face of the campaign to leave the European Union, Cummings was its brain. Their relationship predates 2016, but it was those months in the Brexit bunker that cemented things.

Sources close to Johnson say the Prime Minister has privately admitted that he believes his Brexit gamble would not have come off, were it not for Cummings' organizational skills.

The Leave campaign's success catapulted Cummings into the spotlight. He was portrayed in the media as a Svengali figure who could read the public mood and intuitively understood how normal people thought. The highpoint of "Cummingsmania" saw Benedict Cumberbatch play him in a biopic, detailing how he bypassed political norms to win the most significant public vote in modern British history.

People who have worked with Cummings over the years say that the public perception is very different to the real man, who is a quiet workaholic, obsessed with data, evidence and policy who doesn't like people talking about him. However, Cummings' unorthodox mannerisms and off-the-cuff comments to journalists have added to the air of mystery surrounding a man very often described as a political genius. 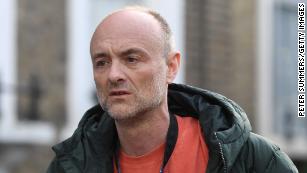 This all goes some way to explaining the unique dynamic between Johnson and Cummings. "A special adviser usually works with borrowed authority. They are the minister's person, rather than a person in their own right," explains Salma Shah, a former government and Conservative special adviser. "Dom came to the job with a level of authority that few had before him. He isn't quite level-pegging with Boris, but he's probably the second most important person in government."

It's not just their close relationship that gives Cummings this unofficial second-in-command status. Every government has ambitions to bring in long-term, legacy defining change. What's different about the Johnson-Cummings project is the sheer breadth of that ambition.

"This administration wants to unsettle and dislodge establishment institutions that it believes have failed the public for decades," says Shah. "Dom is the symbolic figurehead of a group of people who have all wanted this for years. They are tight-knit and very loyal to him."

Reports vary on exactly how much influence Cummings has over his boss. Several government ministers said to CNN that Johnson allowed Cummings an unprecedented level of control over the network of advisers serving across government, meaning many key roles were filled by Cummings loyalists who worked for and reported to him. Were Cummings to go, Conservative sources have said to CNN that there is a real question mark over whether these advisers would carry on serving the government.

Cummings had previously been the subject of scandal, most notably after having a sacked adviser marched from Downing Street by armed police and hiring someone who had expressed support for eugenics. The fact Johnson's backed him three times in less than a year is some indication of how much he values Cummings. 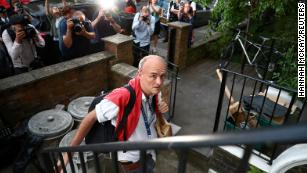 Even ministers who privately find Cummings frustrating accept that keeping him in post might be the best thing. "We are where we are because Boris and Dom won the Brexit referendum and won the election. Anyone who seriously wants to stay in power and doesn't want that team at the top is making a brave call," said one government minister who was not authorized to speak to the media.

However, there is a fear that Johnson has spent a lot of political capital on a man whose behaviour historically lands the government in trouble. "Knowing Dom, he will take from this that he is basically invincible," says a senior Conservative figure who has known Cummings for decades. "But the political will of the cabinet might not be there to help him next time he has a scrape."

Which explains why so many think that removing Cummings now avoids problems further down the line. "He is someone I respect very much, but I'm afraid he should not have put the government in this position," says Lauren McEvatt, a former government special adviser. "I now see no way of moving the story on, and preventing his actions from having a negative impact on adherence to public health advisories, but for him to step aside, at least temporarily."

Concerns regarding adherence to public health guidance are serious. John Ashton, a former regional director of public health in England, says that the scandal has undermined public trust in the government, "which is essential if there is to be effective cooperation during this next, fragile phase of the epidemic."

For the time being, it seems that Johnson thinks sticking with Cummings is his best bet and that the story will eventually go away. However, it has cut through more than Cummings' previous scandals and is damaging Johnson's government at a critical moment.

"In politics you are always going to be hurt. It's where you wear the scar that matters," says Shah. However, by backing his adviser so emphatically, it might be the case that Johnson's scar is now even worse than Cummings'. And if this story rumbles, the Prime Minister might yet have to lose the support of the man who has so often helped heal his wounds.