Times Square is pretty deserted these days, with the tourists who usually throng the New York City landmark kept home by the coronavirus.

But that hasn't prevented a bitter battle among Indian-Americans, Hindus and Muslims. The dispute is over billboards to be erected in celebration of a controversial temple that lies some 8,000 miles from Times Square.

The billboards, scheduled to go up on Wednesday, will display 3-D images of the yet-to-be built temple in Northern India and the Hindu deity Ram.

In a measure of the site's importance to Hindu nationalists, Indian Prime Minister Narendra Modi laid the foundation stones for the temple in Ayodha, a state in Northern India, on Wednesday.

"Centuries of waiting is over today," Modi said at the ceremony. "Some people will not be able to believe that they are seeing this during their lifetime."

"Ram Temple will be a modern signifier of our ancient culture, it will be an example of our patriotic fervor, it will be a symbol of the strength of will of our citizens," Modi continued. "This temple will unify the country." 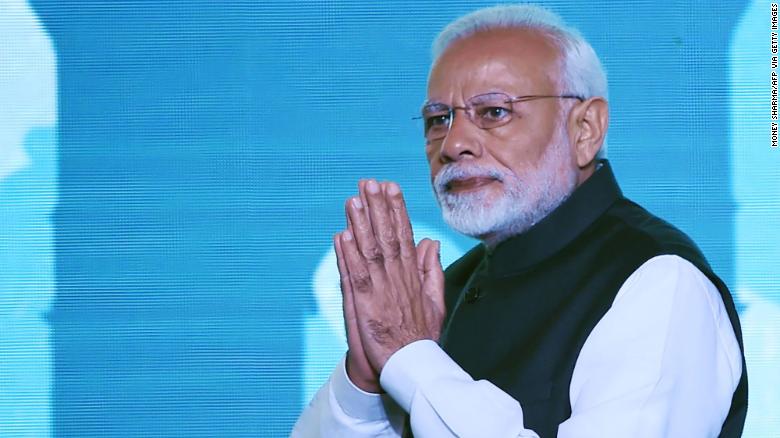 Indian Prime Minister Narendra Modi has for decades backed the building of a Hindu temple on a controversial site in Ayodha.

The violent history you need to know

That's quite a claim by the Prime Minister -- because to date, the holy site has caused a lot of violence and disunity.

The roots of the conflict reach back to the 16th century, when Mughal Muslims built the Babri Masjid (mosque) on the site in Ayodha.

After India gained independence from Britain, some Hindus placed religious statues in the mosque, claiming that the site was originally the birthplace of Ram, the blue-skinned avatar of Vishnu, one of Hinduism's most powerful deities.

That claim was championed by Modi's Bharatiya Janata Party in the 1990s. And that's when the conflict got really bad.

Right-wing Hindus destroyed the mosque in 1992, sparking some of the deadliest sectarian violence to seize India since independence. More than 2,000 people were killed in nationwide rioting, which some accused the BJP of fomenting for political gain.

After years of legal battles, India's Supreme Court in November 2019 granted Hindu groups permission to build the Ram Temple at the holy site in Ayodha. 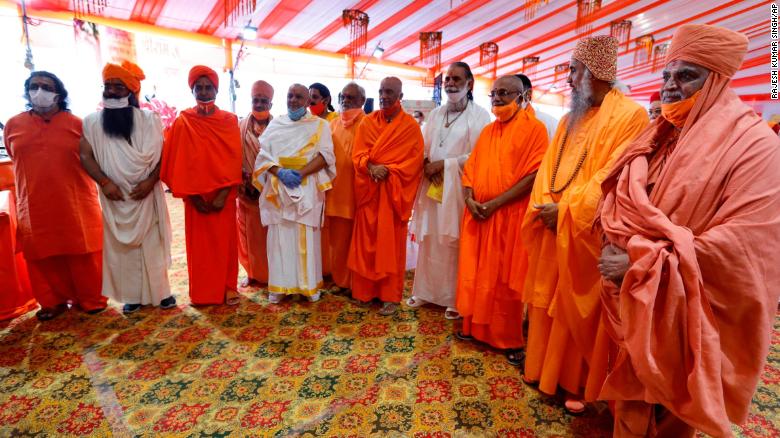 Hindu priests gather for a groundbreaking ceremony of a temple dedicated to the Hindu god Ram in Ayodhya, India,

Why the conflict continues

But as the billboard battle demonstrates, the conflict is far from over -- both in India and the Indian-American diaspora.

The coalition has reportedly had some success. Branded Cities Network, the organization in charge of ads on the Nasdaq Building told one advocacy group that it would not run the ads on their billboards, according to The Wire.

But the Ram ads are scheduled to run on Disney and Clear Channel Outdoors as well -- and it's pretty late in the game for those ads to be pulled.

All of this may be lost on the New Yorkers hurrying through Times Square, bombarded by the cavern of huge billboards, with no idea of the troubles 8,000 miles away.

But to millions of Indian Muslims and Hindus, the billboards -- and what they symbolize -- are one more provocation in a decades-long dispute.