Should Joe Biden win the upcoming US presidential election, his first and overwhelming foreign policy challenge will be winning back the trust of America's allies. With the planet in its most chaotic period since World War II, a steady Biden leadership could potentially reset the world order -- but only with allies' help.

European allies in particular will be hoping that if he does become president, Biden swiftly makes a convincing case that President Donald Trump's four years in office were an anti-democratic aberration that can never be repeated. Without such an understanding it will be difficult to convince friendly nations that Biden's own replacement won't renege on deals he makes.

Biden committed to this during a speech in New York in July last year promising to "invite my fellow democratic leaders to put strengthening democracy back on the global agenda." But it will take more than words to overcome the uncertainty.

Quick confidence-builders could include recommitting the US to the 2015 Paris Agreement on Climate Change, from which Trump began formally withdrawing in 2019. Biden promised as much during his New York speech saying, "I will re-join the Paris Climate Accord and convene a summit of the world's largest carbon emitters, rallying nations to raise their ambitions and push our progress further." 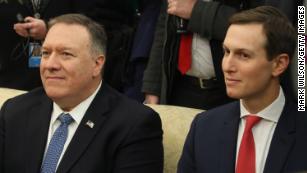 Also likely music to his allies' ears were Biden's comments at a speech on Covid-19 in Delaware in June this year, saying he'll reverse Trump's decision to cut funding to the World Health Organization (WHO), the only credible international health body. "It is essential to coordinating the global response during a pandemic, and the United States should be leading that response as we had in the past," Biden said.

By committing to a multilateral agenda, Biden would help answer fears the US has turned its back on values that underpin democratic nations as rising global nationalism fuels populist autocracies. Europe in particular wants to see more said in defense of democracies. Speaking before the European Parliament in April 2018 French President Emmanuel Macron, who has personally tried to court and influence Trump, said, "I want to take the firm choice to defend democracy."

Macron had in mind the leaders of Hungary and Poland, people Trump befriended early in his presidency as he gave a cold shoulder to Germany's Angela Merkel and bullied Britain's then Prime Minister Theresa May.

Biden is no stranger to foreign policy, serving for years as Chairman of the Senate Foreign Relations Committee when he was in Congress, not to mention aiding then-President Obama on policy during eight years as vice president. But since he left office in early 2017, the world has changed.

Over four years, Trump's feckless leadership has cost America the support of its friends, blunting the White House's ability to cement strong coalitions behind US positions on Iran, China and North Korea and by implication, weakening America's own national security.

Meanwhile, Presidents Vladimir Putin of Russia, Xi Jinping of China, and Recep Tayyip Erdogan of Turkey, as well as dictator Kim Jong Un of North Korea and others, have exploited Trump's vanity. They have fed his ego, stroked his ambitions while reaping their own gains, many now effectively leaders for life. 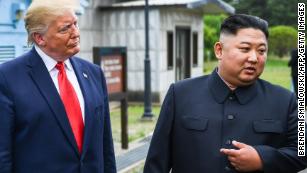 Today, Brexit is nearly a reality, migrants and nationalism have become a more toxic political brew in part fanned by Trump's support of populist politicians.

Biden appeared to address those changes and Trump's apathy toward traditional democratic US alliances in an op-ed published in "Foreign Affairs" earlier this year, where he argued that "working cooperatively with other nations that share our values and goals does not make the United States a chump. It makes us more secure and more successful."

But in this new landscape, there will be no simple reset for Biden. If he makes it into the Oval Office, he will need to act with unambiguous certainty to "place America back at the head of the table," as he put it during his July speech in New York, and time will not be his friend. In January, a disgruntled Trump base, Covid-19 and economic challenges could monopolize his first days in office.

This means that Biden's foreign policy plans will need to be ready to go and entrusted from day one to an experienced diplomat, capable of leading a State Department left eviscerated by firings, resignations and a hiring freeze during the Trump administration.

Alies will be invaluable

As the clock ticks down on the election, new problems are also brewing.

Russia's Putin, who ran rings around Trump on Syria, appears to be eyeing an intervention in Belarus. In the Mediterranean, Turkey's increasingly authoritarian Erdogan may be on a collision course with Greece over oil and gas. On both developing issues, NATO, often derided by Trump, will be front and center.

The Middle East will be a challenging environment for a President Biden to win friends. The Obama administration let long-standing allies there fall during the Arab Spring, and over the past four years, Gulf state leaders have appreciated Trump's hard line on Iran, eagerness to sell arms, and disinterest in human rights issues.

But it is in China that the next president will face a defining foreign policy challenge -- and where understanding allies will be most indispensable. Chinese President Xi has perhaps more at stake with a Biden presidency than any other world leader. For Xi, the next US president will stand between China and the road to dominant superpower status. 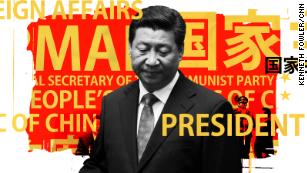 US lawmakers want to stop calling Xi Jinping a President. But will he care?

America's allies backed Trump for taking on China's abusive trade practices, intellectual property theft, and forced technology transfer -- but then Trump left them flapping in the chill uncertain wind of an economic trade war, where they had no say.

Biden agrees with Trump's trade complaints, but not his methods, telling the crowd in New York last year that he would also be tough on China, by building "a united front of friends and partners to challenge China's abusive behavior," rather than taking unilateral actions.

Xi has responded to Trump's pressure ratcheting up regional tensions with a muscular foreign policy becoming increasingly assertive, effectively taking control of Hong Kong, stepping up military exercises near Taiwan, militarizing Islands in the South China Sea as well as confronting Japan over islands in the East China Sea.

If Biden is to be tested, as Kennedy was by Soviets in 1962 during the Cuban Missiles Crisis, it will come this time, not from Moscow, but at the hand of Beijing.

The more allies America has, the less likely such a challenge could materialize.