Seventy years ago this week, hundreds of thousands of Chinese troops began crossing into North Korea, in an intervention that would turn the tide of the conflict on the Korean Peninsula and eventually hold United Nations forces to an uneasy detente.

In China, that conflict is known as the "War to Resist US Aggression and Aid Korea," and is seen as a great victory, a view shared by Pyongyang, though North Korea failed to make any gains after its initial invasion of the South was rebuffed, and would likely have been defeated but for Beijing's assistance.

Anniversaries of the war have often been used as an opportunity for anti-US rhetoric in China, depending on relations with Washington: 2000 saw a large-scale commemoration, coming after the NATO bombing of the Chinese embassy in Belgrade, as anti-US feeling was widespread; while in 2010, then President Hu Jintao oversaw a far more muted 60th anniversary, amid better feeling toward Washington.

This year, Beijing has pulled out all the stops, as relations with the US plumb new depths amid the fallout from the coronavirus pandemic and increasingly aggressive rhetoric from US President Donald Trump.

On Friday, Chinese leader Xi Jinping will attend an event commemorating China's entry into the war, where he will "deliver an important speech," according to state news agency Xinhua. The ceremony caps a week of events, and jingoistic saber-rattling in Chinese state media and official propaganda.

Speaking earlier this week, Xi said the war was "a victory of justice, a victory of peace and a victory of the people" and should "inspire the Chinese people and the Chinese nation to overcome all difficulties and obstacles, and prevail over all enemies."

In a lengthy front-page commentary in the People's Liberation Army Daily, the official newspaper of China's military, the author hailed the "glorious victory" which "left the Americans with the deepest impression that what Chinese people say counts," and to respect "China's red lines." 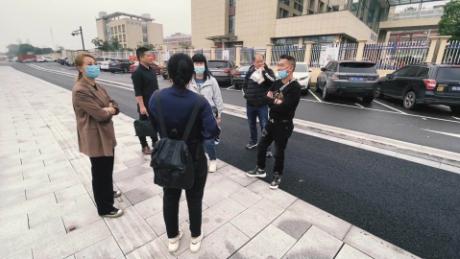 One of those alleged red lines potentially came close to being crossed this week, as the US State Department on Wednesday approved the proposed sale of $1.8 billion in advanced weapons systems sales to Taiwan, over the vociferous objections of Beijing, which has warned Washington that such a sale could "gravely" damage US-China relations and cross-straits stability.

Taiwan has emerged as a major potential flashpoint between the US and China in recent years, as Washington has become more forceful in its approach toward Beijing and China adopted a threatening posture towards the self-ruled island, which it has vowed to seize militarily if necessary.

In an op-ed Wednesday, US National Security Adviser Robert O'Brien said that Xi's "ambitions for control are not limited to the people of China," words that he echoed in an address to the Atlantic Future Forum, an event organized by the British military, in which he accused Beijing of "seeking dominance in all domains and sectors," according to a Reuters report of the event.

Washington has been trying to rally its allies, both in Asia and elsewhere, to take a more forceful approach to China, even as the pandemic and the forthcoming US presidential election has largely distracted attention at home. This week it was announced that Australia will join the US, Japan and India in naval exercises in the Indian Ocean next month, another step in the militarization of the so-called Quad alliance between the four nations.

That comes, however, amid renewed questions about the US' perceived dominance in the Pacific. A new report by the Lowy Institute, an Australian think tank with links to the government, found that Washington's military and diplomatic influence in the region has suffered as a result of the pandemic, while China's was on the rise.

"Despite its continuing pre-eminence, US standing has waned," Lowy noted in its recent Pacific Power Index. "Washington, far from being the undisputed unipolar power, can more correctly be described as the first among equals in a bipolar Indo-Pacific."

Meanwhile, the report said, "Beijing has enhanced its military capability by investing in weaponry that could threaten US and allied bases in the region."