At about 6 p.m. Saturday, as darkness crept over eastern Syria, Kurdish forces backed by US-led coalition aircraft and using artillery and heavy machine guns began an assault of the last ISIS enclave in the country.

The final territory controlled by fighters of the so-called Islamic State was in the small town of Baghouz Al-Fawqani, just west of an earthen berm on the outskirts of the village where US-backed Syrian Democratic Forces started their push. 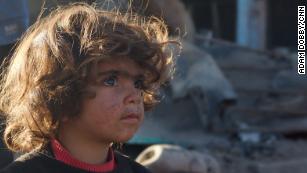 As ISIS shrinks, Syrians return home and discover a wasteland

Initial reports from the front lines -- about 1.5 kilometers (just under a mile) from where a CNN team was reporting -- were that there was little resistance from ISIS. There are some ISIS fighters, CNN heard from SDF commanders, who want to surrender and others who want to fight until the death.

Before the assault began, civilians fled the town. A 14-year-old boy, who was severely wounded by a mortar round, was carried for miles by his family. 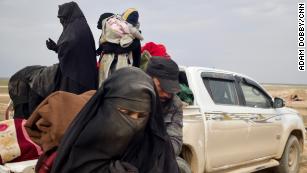 Earlier this week, SDF officials said they believed there are 1,500 civilians in the town and 500 ISIS fighters. Some of these are the most battle-hardened, ruthless and experienced fighters remaining in ISIS.

With hundreds of civilians fleeing this week before the SDF assault, it is unclear how many people remained in the town Saturday.

"ISIS isn't finished yet," one commander said this week. "It's still in this area. It's still fighting. It still has sleeper cells in the areas we've liberated."