The plane was carrying aid for the impoverished nation: approximately 2 million units of medical equipment, including medicine and surgical medical supplies. The supplies will be distributed by agencies designated by the government of embattled President Nicolas Maduro. 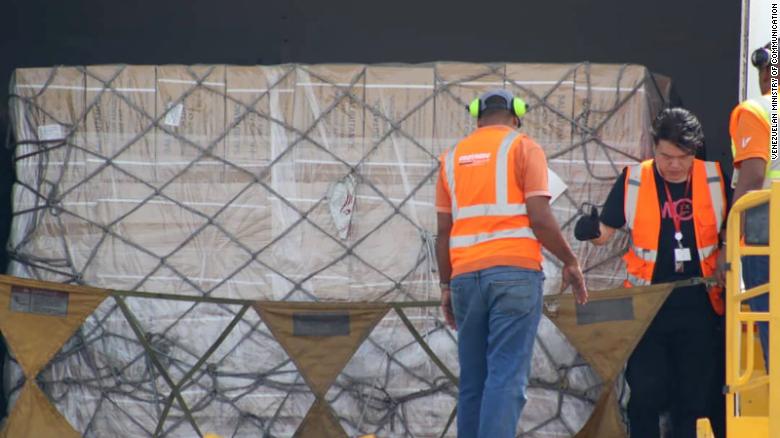 Cargo from the Chinese plane delivering humanitarian aid in Caracas.

Venezuela's economic crisis has led to mass human suffering marked by shortages of food and medicine, as well as widespread power outages.

In March, Chinese state TV channel CGTN reported that a plane loaded with 65 tons of medical supplies landed in Caracas, marking the first dispatch of relief supplies to Venezuela from China. 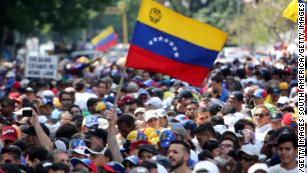 Maduro retains the backing of Beijing, which has repeatedly opposed any action that causes tensions or unrest in Venezuela. China is owed vast sums by the Maduro government; over the last decade, Beijing has lent more than $50 billion to the oil-rich nation through oil-for-loan agreements, according to Reuters.

While Maduro has also permitted aid deliveries from NGOs such as the Red Cross, he has refused to open Venezuela's borders to aid from a number of countries that recognize opposition leader Juan Guaidó as Venezuela's legitimate interim president. Those countries include Canada, the UK, Germany and the US.