Indonesian forests are burning, and Malaysia and Singapore are choking on the fumes

Malaysian authorities distributed half a million face masks to residents on Tuesday after large-scale forest fires in Indonesia spread smoke and thick smog to neighboring countries.

Intense forest fires have raged across the Indonesian regions of Sumatra and Kalimantan in recent weeks. More than 930,000 hectares (about 2.3 million acres) of land have been burned, hundreds of residents evacuated, and more than 9,000 personnel have been deployed to battle the flames, according to CNN Indonesia.

Nearby, Singapore and Malaysia have both choked in a dense haze all week, with air quality reaching unhealthy levels.

The fires were allegedly caused by farmers using slash and burn techniques to clear the ecologically rich land -- the same practice that led to uncontrollable fires in the Brazilian Amazon this summer.

On Tuesday Malaysia's National Disaster Management Agency distributed half a million face masks to Sarawak state, which saw a spike in the air pollution index (API), according to state media agency Bernama. 409 schools in the state closed Tuesday before reopening today, Bernama reported.

API measures a variety of pollutants to gauge air quality, which is typically defined by the concentration of fine particulate matter, or PM2.5, per cubic meter. The microscopic particles are considered particularly harmful because they are small enough to lodge deep into the lungs and can pass into other organs or the bloodstream. 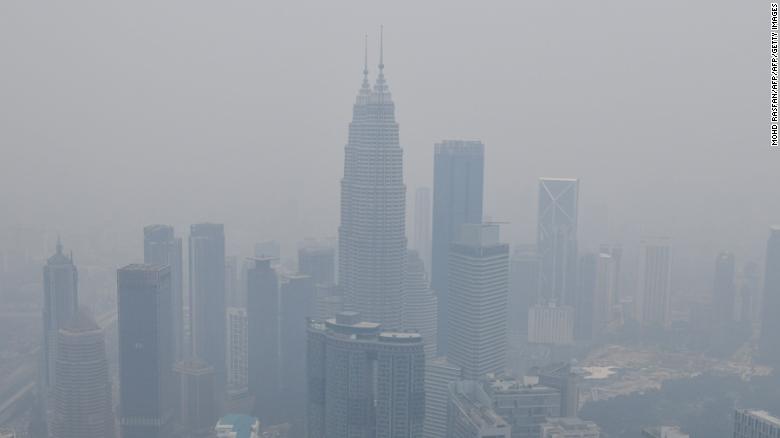 The Kuala Lumpur skyline shrouded in haze on September 11, 2019.

In the last 24 hours, 11 of Malaysia's 16 states and territories have recorded API levels in the "unhealthy" range of 101-200. Rompin district in Pahang recorded the highest level, tipping into "very unhealthy" at a peak of 232.

In Singapore, the API hit a peak of 151 on Tuesday, with levels largely in the "unhealthy" range all day.

To put that in perspective, on Wednesday the API was a healthy 7 in New York City and 24 in London. Even Beijing, a city notorious for its pollution, measured a "good" level of 50. 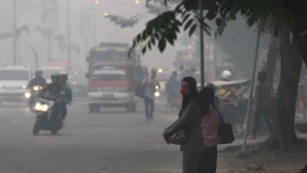 The unusually high API levels has been linked to smoke drifting from fires in Indonesia, according to the Asean Specialised Meteorological Centre (ASMC). The ASMC site described "persistent hotspots with extensive moderate to dense smoke haze" in Indonesia's Sumatra and Kalimantan regions, which have been detected for several weeks now by satellite data.

Winds are then carrying this dense, unhealthy smog to neighboring countries like Malaysia, Brunei, and Singapore, which are also experiencing high levels of air pollution, said the ASMC.

Singapore's National Environment Agency (NEA) issued a health advisory on Tuesday, also pointing to the Indonesian fires as the cause of the pollution and warning residents to stay indoors. According to the NEA, there were 1,286 hotspots detected in Sumatra and Kalimantan on Tuesday.

Malaysian authorities have also urged their Indonesian counterparts to take action and prevent the haze from spreading further, according to Bernama. 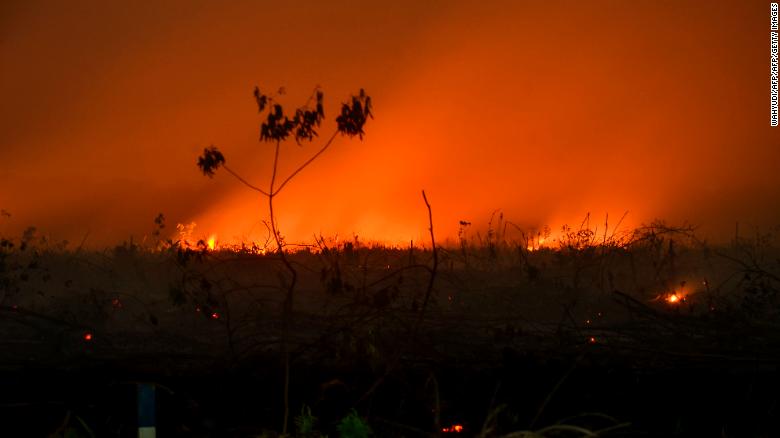 The issue is not new, but it's persistent. For years, fires in Sumatra have caused the rest of Indonesia, Singapore, and Malaysia to choke under the smog. At times, the API in Indonesia has reached as high as 1,000, with visibility falling below 100 meters.

It stems from the annual burning of land for the production of pup, paper, and palm oil -- industries that have devastated the Indonesian forests for years.

The particles in the pollution caused by the burning can increase the risk of cardiovascular and respiratory diseases and cancer, according to the World Health Organization (WHO).

Authorities in Indonesia have tried to put a stop to the burning. It's an illegal practice, and those found guilty can be fined up to 10 billion rupiah (US$700,000), and management faces up to 10 years in jail -- but burning has continued anyway. Last month, Indonesian President Joko Widodo said he felt "embarrassed" by the fires, acknowledging the smoke's effects on Singapore and Malaysia, according to Bernama.

The fires also raise Indonesia's contribution to climate change, as the land burned is extremely carbon rich. Environmental organizations like Greenpeace and the World Wildlife Fund have spoken out against the fires, calling for action to preserve the land.