The Amazon burns. But another part of Brazil is being destroyed faster The Amazon blazes have captured the attention of the world and its leaders, and for good reason -- the destruction of one of the world's major carbon stores could strike a devastating blow to the fight against climate change, and to the homes and livelihoods of indigenous communities.

But just miles away, another part of Brazil, home to 5% of the planet's plants and animals, and a carbon store of its own, is being destroyed at a faster rate.

Brazil's Cerrado -- a "mosaic" habitat made up of savannah, grassland and forest -- is the world's most biodiverse such region, and spans around 200 million hectares. 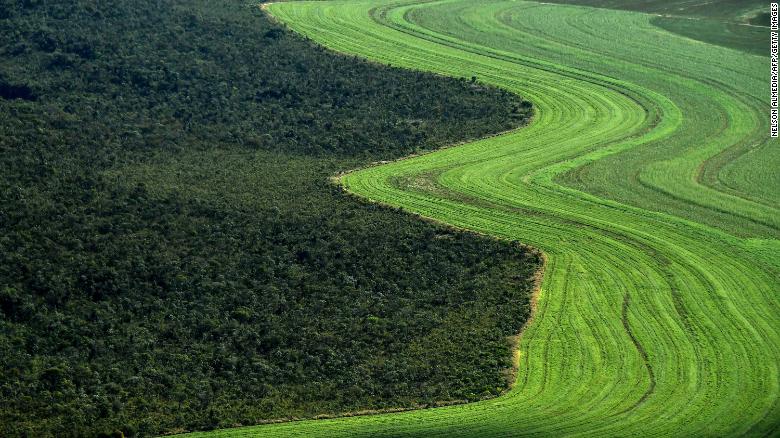 Native Cerrado is being cleared to make way for agriculture.

More than 4,800 species are endemic -- including giant otters, tapirs and jaguars -- and of more than 11,000 plant species found in the Cerrado, nearly half are found nowhere else on earth, according to the World Wildlife Foundation.

The Cerrado is half the size of the Amazon and is 50% deforested, according to Edegar de Oliveira Rosa, director of Conservation and Restoration of Ecosystems at WWF-Brazil. "We are losing around 700,000 hectares per year," he told CNN.

Like in the Amazon, Cerrado habitats are being cleared because of global demand for meat -- to make way for cattle ranches, and later converted to grow soy which is used to feed livestock or exported to other parts of the world.

Deforestation is not new, and it doesn't just happen in Brazil. But as global demand for meat soars, and as China turns to Brazil for its supply of soybeans amid the trade war with the US, experts worry that Brazil's agricultural boom will come at the cost of habitats like the Cerrado. 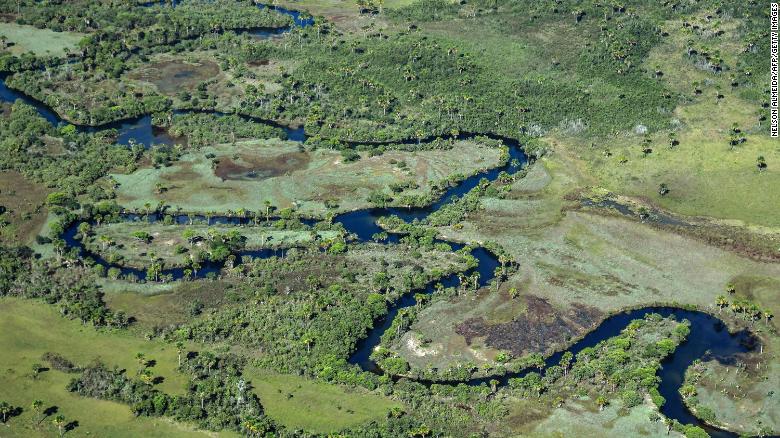 Analysis from TRASE, an initiative that tracks transparency in commodity supply chains, found that in 2018 Brazil, Argentina and Paraguay produced 50% of the world's soy, up from 3% half a century ago.

"In the last 10 years pretty much all of the expansion of soy within Brazil has happened in the Cerrado," Toby Gardner, director of TRASE, told CNN. "There's really not much of the Cerrado left," he added.

"In absolute terms, about the same area has been cleared, but in relative terms, the Cerrado is much more threatened, with more than three times more loss than the Amazon," Gardner told CNN.

Brazilian President Jair Bolsonaro's office declined to comment, referring CNN to the environment ministry. Officials there did not respond to CNN's request for comment. 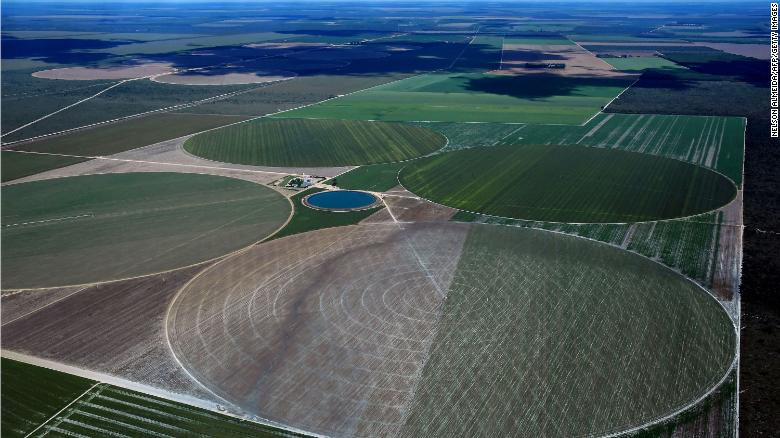 The destruction of the habitat is also bad news for climate change: the Cerrado, the WWF says, locks up a "deceptively large amount of carbon" in its deep root systems.

"It is a forest in a different way -- it is an upside-down forest, because a lot of the biomass is underground," de Oliviera Rosa told CNN.

In a recent report, Greenpeace suggested that the remaining original vegetation of the region contains a carbon store of equivalent to 13.7 gigatonnes of equivalent carbon dioxide.

The Intergovernmental Panel on Climate Change (IPCC) has warned that while forests are important carbon sinks, their ability to capture carbon could continue to decrease depending on human actions.

Deforestation and agriculture fuel global warming, by weakening land's capacity to draw down carbon dioxide from the atmosphere and emitting vast amounts of greenhouse gases.

"The climate doesn't have frontiers. Affecting biodiversity, losing species, releasing carbon chopping down forests, and burning them to grow crops adds to the climate crisis that affects us all," Daniela Montalto, a forest campaigner for Greenpeace, told CNN. 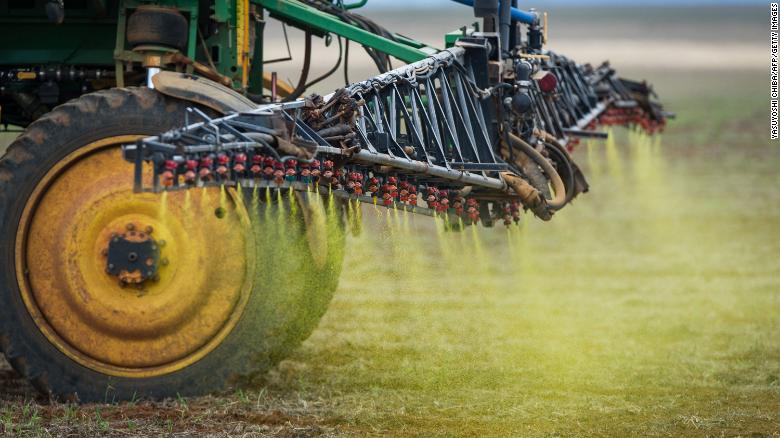 Herbicide is sprayed on a soybean field in the Cerrado plains near Campo Verde, Mato Grosso state. The neighboring Pantanal area, a sanctuary of biodiversity, is presently at risk because of the intensive culture of soybean and the deforestation, scientists said.

Water resources are also suffering; according to the WWF, of 12 major hydrological regions in Brazil, six begin in the Cerrado.

"The Amazon rainforest is firmly established in the psyche of many for decades now, and rightly so -- it's suffering a desperate plight of its own," Gardner told CNN.

"But there are other ecosystems that are disappearing, and we learn about what they are too late."