The Berlin Wall fell 30 years ago. But an invisible barrier still divides Germany The Berlin Wall was torn down 30 years ago. The seismic event sent shock waves across Europe, and sparked hopes for millions of East Germans.

Jubilant crowds stormed the concrete blockade dividing the East and the West on November 9, 1989, just minutes after the Communist German Democratic Republic (GDR) announced that travel restrictions would be lifted for East Germans. The propaganda and fear were replaced with a sense of freedom and unity.

But three decades later, an invisible barrier still stretches across Germany. It is slowly disintegrating, but it's still there.

The two countries, the GDR and the western Federal Republic of Germany (FDR), reunited less than a year after the Berlin Wall collapsed. According to Steffen Mau, a sociology professor at Berlin's Humboldt University, many gaps, particularly the economic ones, have narrowed.

"But you still have strong differences in attitudes and mentality," he told CNN. "How people see the former GDR differs quite a lot between the East and the West, how [people] trust democratic institutions, their view of the elites or the media, (and) relations to Russia," he said.

Even the way people see themselves and their country varies. 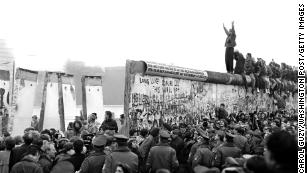 This chant brought down the Berlin Wall. Now the far right has stolen it

According to some surveys, he added, as many as half of east Germans still feel like "second-class citizens."

In terms of wealth, the six eastern states had a lot of catching up to do since the Wall came down. Decades of Communism decimated the economy and impoverished its population.

Berenberg Bank's chief economist Holger Schmieding said the remaining difference boils down to one particular issue: most of Germany's richest people live in the West.

Schmieding said that while east German cities are approaching those of the West in terms of living standards, "the big exception to that is that the top, the big companies, the high income, is missing in the East."

According to the Halle Institute for Economic Research, only 36 of Germany's 500 biggest companies have headquarters in the East.

Schmieding added that as the gap between the East and the West narrowed, another one -- between Germany's rural and urban regions -- have emerged. Because the East is generally more rural, the new economic division mirror the old ones. "The East has more of these left-behind areas," he said.

Those in the country's most elite positions are also still predominantly from the West. "Three quarters of the lead positions in east Germany are occupied by people with a west German background," Mau said. 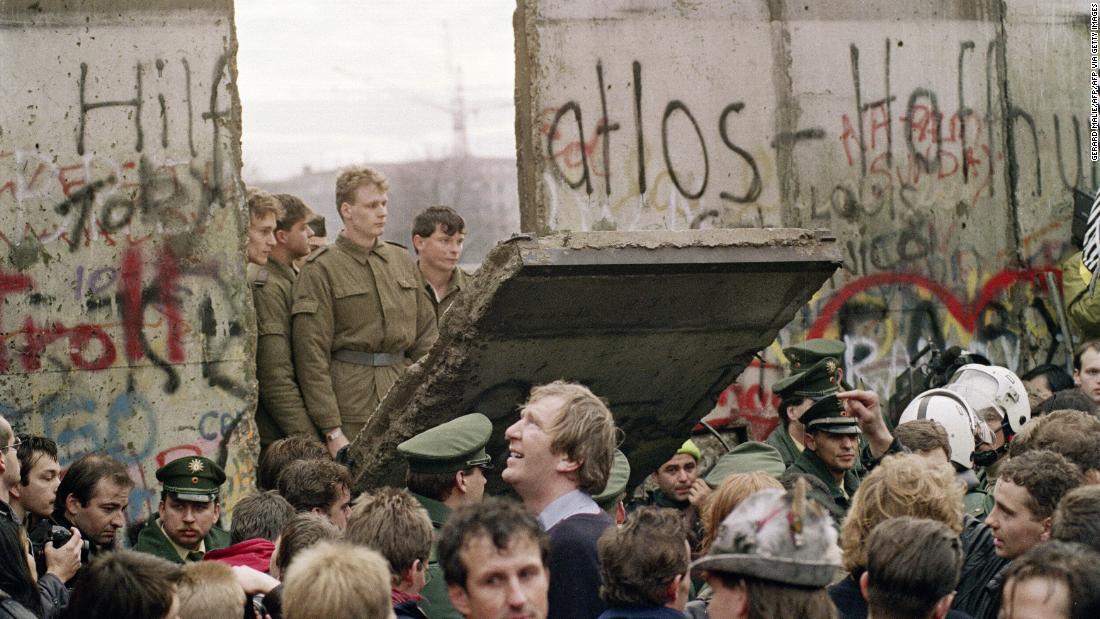 West Berliners crowded in front of the Berlin Wall on November 11 1989, watching East German border guards demolishing a section of the barrier.

The East is smaller in terms of area and, even more prominently, population. Excluding Berlin, 12.5 million people live in the former East, while more than 66 million reside in the West.

This discrepancy shows up in specific statistics -- for example, out of the 18 teams playing in the country's top soccer league, the Bundesliga, only two are in the former East. The West has by far more Olympic medalists. When recalculated per person, the East leads comfortably.

Overall, the Eastern population is older, poorer, and more male. This is due to the huge exodus of east Germans from the territory following the collapse of the Wall. An estimated 2 million people have left the East for the West since the two states were reunited. Strikingly, two thirds of them were women.

Mau said this is due to the strong status that women enjoyed in the former GDR.

"Women and men married quite early, but they also divorced early, there was very high divorce rate [in the East]," Mau said. "So women were extremely independent and not just part of a man's career, they had their own careers, they were very self-confident," he added.

Women from the East were also much better at integrating into the Western society, Mau said. While many male migrants returned to the East, the women stayed -- and made good lives for themselves.

Eastern men didn't adjust as well. Today, two thirds of East-West relationships are between a woman from the East and a man from the West.

"East German women are successful," Mau said. One example is that there are around 200 people sitting on the boards of Germany's 30 biggest publicly listed companies and just four of them are east Germans. "Three of them are women," Mau said.

Female employment is still higher in the East than the West and the gender pay gap is significantly lower.

"The two [states] had very different official culture, [with] the East very much encouraging women to work," Schmieding said. The push for women to return to employment early meant access to free childcare has always been much better in the East.

"You might not like the teachers because they were ideologues ... but at least there was somebody to take care of your very, very young kid," Schmieding said.

Despite three decades of unity, there are still differences in education across Germany. Schoolkids in the East score higher in reading and math tests. When it comes to high-school leaving exams, students in the East outperform their peers in the West.

The Organization for Economic Cooperation and Development (OECD), the leading global authority when it comes to comparing education systems, said schools were "a justifiable source of pride for the East Germans." 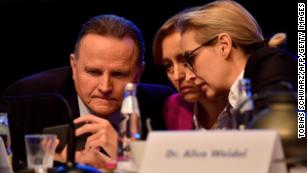 Germany has a far-right enemy within

The group said that while the education system in the former West focused on dividing children into different ability groups early on, the Eastern system was more equitable.

But when the Wall came down, the East was eager do everything in the Western way, even education. Bastian Betthäuser, a research fellow at the University of Oxford, said this led to the education system in the East becoming more unequal. Those at the top would still do well, but more kids are at risk of being left behind.

"In west Germany, people always look back at East Germany in a very negative sense, but it's important to remember, I think, that there were certain things ... that kind of worked there, for example more equality in access to education," Betthäuser said.

"Now, did that come as a great political and personal cost of liberty? Yes, for sure. But I think it's important to have a differentiated view on this." 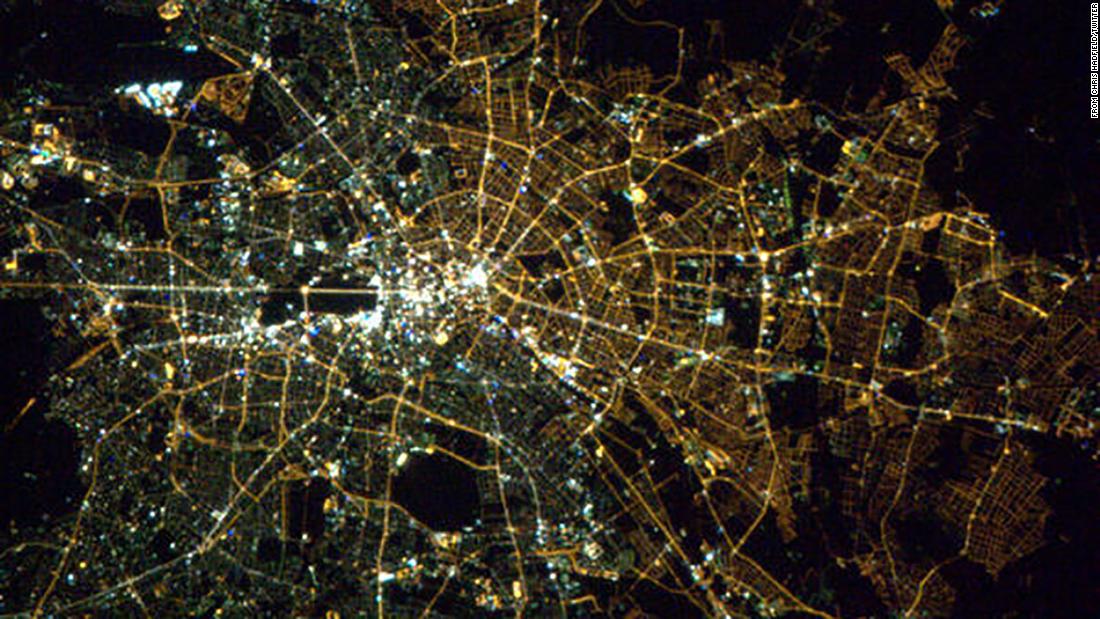 This photo, taken in 2013 from the International Space Station, shows the former division in Berlin is still visible.

Politically, Germany is still very divided. Voters in the former Communist states are much more likely to vote for the far-right AfD. Mau said this is partly down to past trauma. Life was tough for many east Germans after the reunification, as the society around them transformed at a lightning speed.

"Many people experienced unemployment, very long periods of insecurity or even existential crisis and the result of that is that they developed a habit of 'keeping and defending' and are not willing to accept more social change," he said.

Other differences remain. Official statistics show many more children are born to unmarried couples in the East, compared to the more conservative and religious West. More women remain childless in the West.

People in the West own more cars. And, according to the market research company GfK, east Germans shop less frequently and prefer hypermarkets, while west Germans would rather pop into smaller grocery stores more often.

Even tastes differ. East Germans remain loyal to some of their old brands -- such as Vita Cola, the beloved GDR version of Coca-Cola.

Those in the East eat a lot more meat, according to the Ministry for Food and Agriculture. West Germans have a sweeter tooth.

And, according to GfK data, east Germans like bubble baths a lot more often.