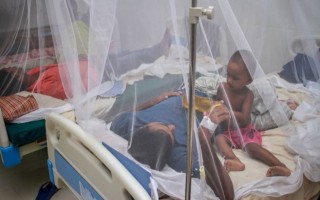 The Institute of Epidemiology, Disease Control and Research continues to show low figure of death toll from dengue putting the treatment of dengue patients and the competence of the doctors concerned.

The institute has so far confirmed death of 112 people caused by dengue this year exposing that the government is playing hide-and-seek as hospitals have referred 251 dengue death reports to it.

Leading doctors expressed angry reactions against the shady policy saying that it questioned the treatment and the doctors’ competence.

Due to the reluctance to disclose the death toll from dengue, the High Court Division, in a suo moto directive in the past week asked the government to inform the court how many people really died of dengue this year.

‘It is totally unnecessary for the government to start a debate over the death reports prepared by registered doctors,’ he said.

‘The government seems to be interested in contesting the dengue death reports prepared by doctors,’ he said.

‘If the government agencies doubt the death reports prepared by registered doctors it should have filed cases to cancel their licenses,’ said Rashid.

The institute, the disease monitoring arm of the government, also said that it had received reports of 251 suspected dengue deaths and confirmed the 112 deaths analysing the reports of 179 deaths.

The institute, however, could not say how the 67 others died.

‘It could not be identified by our death review committee whether or not the 67 others also died of dengue,’ institute director Meerjady Sabrina Flora said.

The reports about hospitalisation of dengue patients and deaths caused by the viral disease are sent to the institute by 12 government hospitals and 29 private hospitals in the capital and by 64 civil surgeons and the medical college hospitals elsewhere in the country.

Dhaka Medical College Hospital sent reports of 40 deaths caused by dengue, the highest from a single hospital to the institute which confirmed that 11 deaths wer0e caused by analysing 23 reports.

‘We have our own death review committee comprising of senior professors and we sent the reports to the IEDCR only after thorough reviews,’ he said.

Nasir said that many patients might have died of comorbidity alongside the dengue but these cases were thoroughly reviewed before sending the reports to the institute. ‘I will not comment on the IEDCR stance. They might have their own reasons but I can say that we have sent the reports only after diagnosis of dengue,’ he said.

‘We haven’t taken the cause of deaths lightly,’ he said.

Mugda Medical College Hospital sent 15 reports of dengue deaths to the institute, the second highest from any government hospital.

The institute so far confirmed four deaths caused by dengue analysing nine of the 15 death reports.

Mugda Medical College Hospital director Amin Uddin Khan said there was no scope of wrong reporting by them.

‘Sometimes we lack information about a particular patient, but we only send reports of the confirmed deaths and confirmed cases,’ he said.

Asked about the stance of the hospital authorities, institute director Meerjady said that they would further analyse the reports to be sure that the deaths were caused by dengue.

The institute’s former director Mahmudur Rahman believed that such review by the institute was ‘totally unnecessary’.

‘Keeping the death figure conservative or playing hide-and-seek with death toll would deprive the researchers and the people from getting the actual picture,’ he said.

‘It’s enough for a hospital to issue death certificate mentioning the cause of death,’ he said.

Rashid-e-Mahbub said that the institute might try to ascertain the cause of deaths of dengue patients for their own research protocol, but that should not be for the purpose of contradicting the doctors who had already confirmed that the deaths were caused by dengue.

Since January at least 97,683 dengue patients were hospitalised, breaking records.

New infection by dengue virus continues daily and from 8:00am Friday to 8:00am Saturday, at least 143 new dengue patients were hospitalised across the country.