Democrats are heading into a momentous impeachment finale as they set the pace and scope of their charges against President Donald Trump -- prompting Republicans to escalate their effort to swamp the historic process in disinformation and partisanship.

Majority members of the House Judiciary Committee spent the weekend mapping out a critical hearing Monday at which congressional investigators will lay out the sweeping case that could make Trump only the third president to be impeached.

But Republicans intensified their counter-attack, with Texas Sen. Ted Cruz taking up contentious accusations that Ukraine intervened in the 2016 election, in an effort to ease the heat on Trump -- a former bitter political rival. 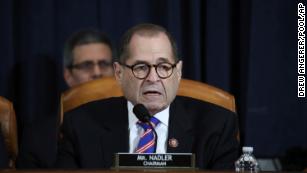 More than ever, disagreements on Capitol Hill over the nuances of the case suggest that the mechanisms created by the founders to allow an objective assessment of an unrestrained president no longer function in an age of party polarization. They also break down when neither side can agree on what adds up to impeachable behavior.

Monday's hearing heralds a week that is likely to end with a committee vote that will send articles of impeachment -- in effect the charges against Trump -- to a full House vote in the next two weeks.

Democrats allege Trump solicited Ukraine's interference in the 2020 election by withholding nearly $400 million in US military aid to demand an investigation into a political foe -- former vice president and 2020 candidate Joe Biden.

They also argue Trump obstructed the investigation by withholding key witness testimony in a way that flouts Congress' constitutional role of checking the presidency.

"I think the case we have, if presented to a jury, would be a guilty verdict in about three minutes flat."

Witnesses drawn from within the US government testified that Trump set up a back-door diplomatic effort facilitated by his personal attorney Rudy Giuliani to pressure Ukraine's new government into investigating Biden and his son Hunter's business ties in Kiev.

They described a quid pro quo demanded of Ukraine's President and senior officials in return for meetings at the White House and the release of the military assistance. They also discredited Trump's claim that he withheld the aid over concerns about corruption in the ex-Soviet state.

The Judiciary Committee provided the White House with the investigative materials from Congress that are part of the impeachment proceedings against the President, according to a letter Nadler sent White House counsel Pat Cipollone on Sunday.

Debate over shape of articles of impeachment

That process, currently going on behind closed Democratic doors, is expected to move into the open later in the week. Party leaders are still debating the political ramifications of including evidence from Robert Mueller's special counsel report. 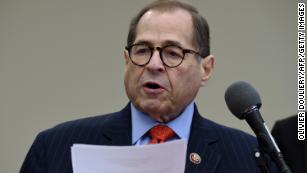 Mueller included what appear to be substantial examples of obstruction by the President in the Russia investigation that could lay a powerful foundation for impeachment charges of corruption in the Ukraine probe.

But reviving Mueller's evidence could cause a political headache for Democrats in swing districts that Trump won in 2016 who fear a backlash from dredging up the Russia controversy.

Nadler said on CNN's "State of the Union" that party leaders would consider the wishes of their caucus and whether such details might strengthen the case in a Senate trial.

But another of House Speaker Nancy Pelosi's top impeachment lieutenants, Intelligence Committee Chairman Adam Schiff, appeared to downplay expectations that Mueller evidence would find its way into the articles of impeachment.

He said on CBS "Face the Nation" that as a former prosecutor he always sought to charge based on the "strongest and most overwhelming evidence, and not try to charge everything even though you could charge other things."

Republicans on Sunday stepped up their effort to shield the President by spreading misinformation about what went on in Ukraine, apparently to create ambiguity that confuses the public.

Cruz argued in a contentious interview on NBC's "Meet the Press" that Ukraine "blatantly interfered" in the 2016 election -- mentioning an op-ed critical of Trump by the country's ambassador to Washington.

While Cruz does not deny, like the President, that Russia meddled in 2016, the argument that Ukraine did so also is apparently meant to frame a rationale for Trump's strong-arming of Kiev. It also tends to conflate criticism of Trump from Ukraine with Russia's far more sophisticated hacking and intelligence campaign that Mueller said was meant to hurt Hillary Clinton and from which Trump expected to benefit.

Experts also warn that the Ukraine meddling narrative is an invention of Russian intelligence services. As such, it is odd hearing it parroted by Cruz, an avowed Vladimir Putin critic.

"The Democrats have no evidence of a crime, no evidence of violating the law. And so suddenly Ukraine interference is treated as the media clutches their pearls, 'oh my goodness, you can't say that," Cruz told NBC's Chuck Todd.

Cruz, once the great hope of social conservatives, waged a bitter primary campaign with Trump in 2016. But his unequivocal willingness to amplify the President's impeachment conspiracies show how comprehensively Trump has taken over the GOP and explain why he is in little danger of being ousted in a Senate trial expected as early as January.

South Carolina Rep. Mark Meadows, one of the President's staunchest defenders, insisted the President was within his rights to ask a foreign power to investigate the Bidens.

"The Democrats have been investigating President Trump before he was elected and after he was elected, and so somehow it doesn't work for them?" he said on CNN's "State of the Union."

There is no evidence that Hunter Biden, who served on the board of energy giant Burisma, or his father Joe, who was then vice president, did anything wrong in Ukraine. That has not stopped Giuliani from launching another mission to the country, apparently to try to dig up dirt on the Bidens. The former New York mayor reportedly met several political figures in Kiev last week who have themselves been linked with corruption.

His trip stunned many Washington observers since it appears to be an extension of an initiative that drew Trump into the impeachment saga in the first place.

In a rare show of Republican disquiet, Florida Rep. Matt Gaetz, another of the President's most loyal defenders, expressed squeamishness about Giuliani's activity.

"It is weird that he's over there," Gaetz said on ABC's "This Week."

But Trump has no reservations about Giuliani's wanderings.

"He has not told me what he's found," Trump said on Saturday. "But I think he wants to go before Congress and say, and also to the Attorney General and the Department of Justice, I hear he's found plenty." 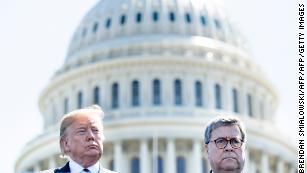 Trump says his 2016 campaign was spied on. The DOJ's watchdog is about to offer its official report

Trump also built up Monday's expected release of a Justice Department inspector general's report into the origins of the FBI probe into alleged links between Trump associates and Russia during the 2016 election campaign.

"I.G. report out tomorrow. That will be the big story!" Trump tweeted on Sunday.

In a major blow to the President, the report by inspector general Michael Horowitz is not expected to confirm Trump's claims that his 2016 campaign was spied on by the FBI. Reporting by CNN and other organizations suggests that the bureau had sufficient information to open the Russia investigation and to apply to a court mandated with dealing with surveillance requests targeting foreign spies in the United States to eavesdrop on former Trump foreign policy adviser Carter Page.

But the President is likely to seize on information in the report about a lawyer who is under criminal investigation for altering a document related to the FBI's surveillance of Page.

Trump and his conservative media supporters are expected to wield the report to try to discredit the Democratic impeachment push -- to argue that in alliance with "a deep state," the President's foes have been trying to unlawfully destroy him since before he was elected.

But Democrats, driving the impeachment debate with the power granted by a majority in the House, will try to keep the focus on the evidence that they have amassed against the President.