The West turned Aung San Suu Kyi into a saint. She was always going to disappoint Few people have risen so high in the international imagination only to fall as dramatically as Aung San Suu Kyi.

In 2013, after the Nobel Peace Prize laureate was released from house arrest in Myanmar, as the military regime gradually liberalized in the face of punishing international sanctions, Suu Kyi was hailed in the British parliament as a "conscience of a country and a heroine for humanity."

Two years later, as she celebrated victory for her National League for Democracy (NLD) in Myanmar's first free elections in decades, the moment seemed to solidify her place in history as Asia's Nelson Mandela.

This week, the "heroine for humanity" appeared at the Hague to defend her country -- and by extension herself -- from accusations of genocide against Rohingya Muslims, hundreds of thousands of whom have been forced out of northwestern Myanmar by a yearslong military crackdown.

Few people are as perfect as their public image, especially when they are perceived as a saint. Nor did the 2015 election represent as much of a break with Myanmar's past as it first seemed -- the military kept a firm grip on power, while the ethnic strife and civil war which have racked the country since independence never went away.

There is also a major different between being an opposition figure and actually having to govern. As de facto president -- she is barred from formally taking office under the military-drafted constitution, but wields huge authority as state counselor -- Suu Kyi has to maintain public support for the NLD in the face of intense challenges. These include multiple ethnic uprisings, growing anti-Muslim sentiment and maintaining the approval of the West that had been key in getting sanctions relaxed and boosting Myanmar's economy.

That she would stumble at some point seemed inevitable, but for many of her supporters in the West, instead of maintaining influence with her and pressuring the generals to continue giving up power, they instead drew a line under the Myanmar problem and moved on.

"Whereas before, any idea of progress in Burma had been summarily dismissed, observers now assumed that further progress was inevitable," Myanmar historian Thant Myint U writes in his new book "The Hidden History of Burma."

"When discordant news got in the way -- a communal riot here, a clash between the army and insurgents there -- it was easily swept aside as peripheral to the main story. The story was too good, a much needed tonic at a time when the Arab Spring was giving way to extreme violence. Burma, at least, was a morality tale that seemed to be nearing its rightful conclusion," added Thant Myint U, referring to the country by its previous name, Burma. 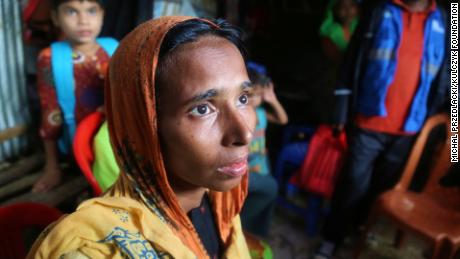 Stolen son: The child traffickers preying on the Rohingya

Many of the problems that Suu Kyi inherited in 2015 were put in place long before the country gained independence from Britain.

Myanmar's colonial rulers -- as they did throughout the world -- played ethnic groups against each other, boosting the Christian Karen and other non-Buddhist minorities and importing large numbers of Indian and Chinese workers. As Suu Kyi herself wrote in 1988, "the practice of encouraging the differences between the various racial groups was to have sad consequences for the independent nation of the future."

"The need to keep the rebels in check made the army strong," Suu Kyi wrote in a 1985 history of the country. "Many of the top men in the army had been politicians and were inclined to interfere in the government of the country. In 1962 a group of army officers led by Ne Win, the commander-in-chief, overthrew the elected government of U Nu."

Over the next five decades of military rule, Suu Kyi emerged as a leading opposition figure, boosted by her impeccable heritage and her strong international ties.

Her success in attracting international support was without par. The UK government under Tony Blair was one of her fiercest advocates, and Norway not only awarded her the Nobel Peace Prize but funded the Burmese government-in-exile and the Democratic Voice of Burma radio station. Neoconservatives in the US also embraced Suu Kyi as an example of the image of liberal democracy they claimed to want to bring to places such as Iraq. Following the 2003 invasion of that country, George Bush's administration imposed tough economic sanctions on Myanmar.

"There was no attempt to analyze the roots of authoritarianism or Burma's complex interethnic relations," Thant Myint U writes. "Nor was there an effort to understand the country's traumatic past or reflect on the legacies of colonialism. To the extent that people thought about Burma's myriad 'ethnic groups,' they were seen as victims too of military repression and on the side of 'democracy.'"

Indeed, violence between ethnic groups and growing Buddhist nationalism were seen, if they were noticed at all, as problems that would be fixed by democracy. Suu Kyi -- "The Lady" -- was lumped not only with the hopes of her own people, but the entire international community. 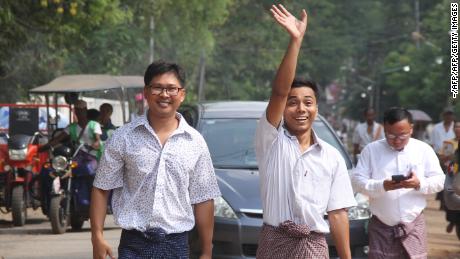 Few mythical figures survive intense scrutiny, and Suu Kyi perhaps more than anyone has fallen short of her public image. Her numerous flaws that were once ignored have now come to the surface. These include, according to numerous critics, a tendency to megalomania and authoritarianism, as well as an anti-Muslim bias that had been an open secret for years before the current crisis.

As Francis Wade writes in "Myanmar's Enemy Within: Buddhist Violence and the Making of a Muslim Other," even before the latest crisis "Suu Kyi was often accused of harboring a possible (anti-Muslim) bias of her own, for she was an elite Bamar and thus a beneficiary of the ethnic hierarchy that had formed in Myanmar."

She notoriously dismissed concerns about rising violence against Rohingya in a 2013 interview, saying Buddhists in Rakhine live in fear of "global Muslim power."

Had she offered even tacit criticism of the military as it launched its campaign of ethnic cleansing in 2016, her international reputation might have survived. She could have justifiably pointed to the limits of her own power and that of the NLD, and the need for Myanmar to undergo a full democratization that would finally remove the military from power.

Instead however, she focused on shoring up electoral support back home, where the anti-Rohingya campaign remains popular, and backed the military, often speaking in the language of conspiracy and paranoia.

In 2017, Suu Kyi claimed during a phone conversation with Turkish President Recep Tayyip Erdogan that a "huge iceberg of misinformation" about the Rohingya crisis was being distributed to benefit "terrorists." According to a readout of the call, she said her government was fighting to ensure "terrorism" didn't spread over the whole of Rakhine state.

Speaking last year, former US ambassador to the United Nations Bill Richardson, who has known Suu Kyi for over 30 years and visited her during her lengthy period of house arrest, said she had "changed, she's become, unfortunately, a politician afraid of the military and afraid to make the tough decisions to resolve one of the worst humanitarian crises in history."

Perhaps she has changed. Or perhaps she simply never was the person she was presented as, but instead a far more flawed figure, who, faced with an intensely difficult balancing act, chose to follow the path of least resistance and shore up majority support while sacrificing a loathed minority. She was hardly the first leader to do so, and likely will not be the last.

If there is any lesson to be learned from Suu Kyi's downfall it is that Nobel Peace laureates aren't perfect and that democratic transitions do not happen overnight. The international community took its eye off Myanmar, assuming Suu Kyi could handle the country's numerous problems while remaining a paragon of democracy.

The brutal campaign against the Rohingya deserves all the condemnation it has received, but there is blame to go around well beyond Myanmar's borders.