China is trying to revive its economy without risking more lives. The world is watching China is trying to jump-start its huge economy without triggering a second wave of coronavirus cases. It's a high-stakes experiment that could provide clues for countries agonizing over how long to keep their shutdowns in place as a global recession begins and millions of jobs are lost.

The country where the pandemic began was almost completely shut down in late January as the number of coronavirus cases mounted. The drastic measures appear to have brought the virus under control: Locally transmitted infections have plummeted, and a lockdown on most of Hubei province — ground zero of the pandemic — is being lifted this week.

But the lockdown also brought activity in much of the world's second biggest economy to a standstill for weeks on end, and is likely to result in China's first contraction in decades. Analysts at Goldman Sachs recently forecast that China's GDP may fall by 9% in the first quarter of the year, compared to the same period in 2019.

The Chinese government knows that its actions to contain the virus came at the expense of the country's economic health. Now authorities are trying to ensure that those consequences are short lived.

"The economic losses have become intolerable," Xingdong (XD) Chen, chief China economist for BNP Paribas, told CNN Business, adding that the government has to balance resuming work while remaining vigilant. "I don't think it is right to restart business and production only when the virus has totally disappeared." 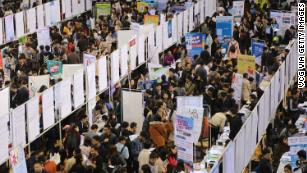 China is really worried about unemployment. Here's what it's doing to avoid mass layoffs

Western nations are also weighing these enormous tradeoffs while the virus remains a global threat. In the United States — where unlike China, cases have yet to peak — President Donald Trump on Monday argued the country will have to reopen for business "very soon" even though the virus is "going to be bad."

Beijing, meanwhile, has embarked on a campaign — backed by state-media — to persuade companies that life is returning to normal.

But restarting factories and returning to work puts China on a precarious path. The pandemic is still wreaking havoc on the rest of the world, raising fears of a potential second wave of infections as people return from overseas and bring the virus with them. Add to that the risk of another outbreak if the virus hasn't been totally eradicated in local communities.

"In our view, the risk of a second wave of Covid-19 in China is rising," wrote Ting Lu, chief China economist for Nomura, in a recent report.

China's plan to save the economy rests on a slew of policies and campaigns meant to push people back to work, encourage business confidence at home and abroad, and protect as many companies from failing as possible.

In addition to the billions of dollars Beijing is spending on medical supplies and treatment, the government has pumped money into infrastructure projects to create jobs. It has also reduced taxes on small businesses and required banks to defer loan payments for troubled households or companies as a way to help them survive the economic fallout.

Chinese state media is amplifying the message that the country can bounce back strongly  and that foreign companies and investors shouldn't be scared off, either. China's official news agency Xinhua in late February called Tesla (TSLA) a symbol of "foreign business confidence in China" after the US electric automaker reopened its massive Shanghai factory and announced plans to expand production capacity. 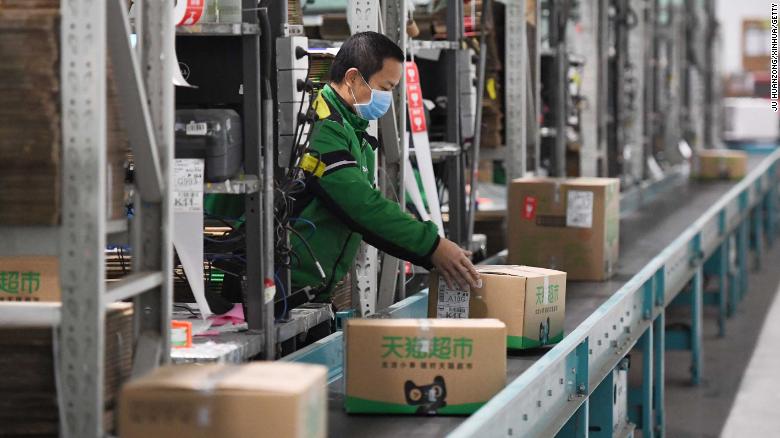 A worker packs goods at a logistics center in Beijing, capital of China, March 12, 2020.

Now that the number of infections has slowed, many parts of the country are lifting their lockdowns, removing road blockades and allowing people to travel more freely in areas where the virus appears to have run its course — as long as they have documented proof that they are healthy.

In some cases, the government is making special arrangements for workers. For example, Beijing has ordered railway and airline companies to organize special trains and flights to carry migrant workers from "the door of their house to the gate of the factory," according to the Ministry of Human Resources and Social Security. China's 290 million migrant workers, who perform low paying but vital work, are critical drivers of the economy. And authorities in Hubei province, where the virus first broke out, said Tuesday that healthy migrant workers can be taken back to their places of work beginning later this week. 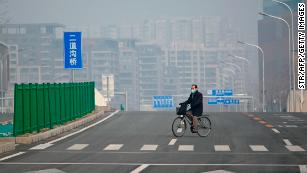 Small businesses drive China's economy. The coronavirus outbreak could be fatal for many

Beijing says its campaign is already working. More than 90% of industrial companies in most provinces were up and running as of March 17, according to the National Development and Reform Commission. Smaller companies are finding it harder, though — only 60% of small and medium-sized enterprises were open by the middle of March, according to government data.

Beijing has also acknowledged that its attempt to get back to normal is risky. The global pandemic is still accelerating, and China is still reporting dozens of cases per day — most of which are people who came to mainland China from other countries. Fears of a second wave are also growing in Hong Kong, where new cases have increased rapidly, with many imported from overseas.

A statement released this week by Beijing's virus taskforce noted that "the risks for sporadic infections and localized outbreaks have not gone away."

Some businesses have rushed back to work too soon, complicating the recovery efforts. A top titanium producer restarted its factories in February, only to halt work again because workers were infected.

Analysts and academics, meanwhile, warn that the intense pressure to resume work, coupled with fear of a second outbreak, might be creating a distorted picture of what's really happening on the ground. 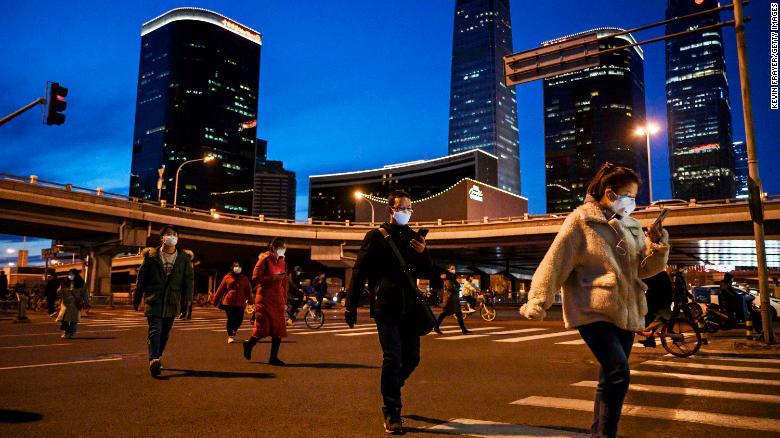 Chinese office workers wear protective masks as they cross a road during rush hour in the central business district on March 12, 2020 in Beijing, China.

Some companies in the eastern province of Zhejiang — where the government said almost all industrial work has resumed — have been turning on the lights and letting machines run idle so that it appears to government officials that they're using electricity, according to the Chinese media outlets Caijing and Caixin.

Those manufacturers are struggling to resume production because of worker shortages, according to Caijing, while Caixin added that some local governments are reluctant to order companies back to work because they fear mass gatherings will lead to another outbreak.

"Because local officials and factories know that they would be punished severely by the government for allowing new infections to spread, they have played it safe by delaying the resumption of [real] economic activities," said Victor Shih, an associate professor at the University of California at San Diego and the author of "Economic Shocks and Authoritarian Stability."

"The threat of harsh punishment works to enforce self-quarantine, but will lead to risk avoidance behavior in the aftermath," he said.

Faulty data about how much power companies are using has also been criticized heavily within China. Cao Heping, an economics professor at Peking University, warned in an article published earlier this month that faking data about returning to work would be fatal to China's plans for an economic recovery.

If local businesses or authorities continue to fake data to give the impression of activity and do not actually resume production, it would be impossible for the country's economy to grow at a strong pace this year, he said.

China could provide some answers

While the real extent of China's economic restart is still uncertain, its ability to move past the initial phase of the outbreak could provide some hope — and a partial blueprint — for countries that are still in crisis mode.

Officials around the world are agonizing over how long to maintain curfews and quarantines that are essential to curb the pandemic but which are tipping the world into a deep recession, possibly even an economic depression.

Even democratic governments might be able to emulate some of China's policies, including its plans to invest in infrastructure projects and healthcare systems, along with the tax cuts it is rolling out to fuel private demand.

"I think we will see most governments around the world implementing these kinds of stimulus policies," said David Dollar, a senior fellow in the John L. Thornton China Center at the Brookings Institution. 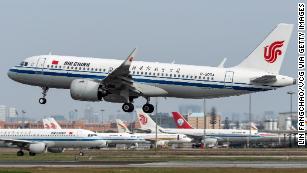 But China's blueprint might only provide so much help, particularly for western economies that operate under less centralized government control.

Shih, the University of California professor, pointed out that China has an extensive system of state-owned enterprises that mobilized workers to help enforce the government's quarantine rules.

One expert pointed out that China's state-funded infrastructure system is also much larger than in other developed countries, and can be relied on as a major economic booster.

"The Chinese are resuming some large infrastructure projects which are largely funded by the state," said Xiaobo Lü, a professor of political science at Barnard College at Columbia University, who added that sectors served by those projects are fairly easy to restart and can absorb idle labor.

By contrast, the private sector is more important in most Western economies, Lü and Shih said, where state orders aren't as effective.

"The challenge in the West will be to incentivize people to go out to restaurants, theaters, and sporting events, rather than to get workers back to the factories," said Shih. "The challenge is very different and consumer dependent."