Trump and his allies respond with pseudo-science as US death toll hits 150,000 On the day the US surpassed another tragic milestone -- 150,000 coronavirus deaths -- it became ever clearer that pseudo-science, ideological posturing and mocking the idea of a national strategy are no way to fight a deadly pandemic.

Yet President Donald Trump, his friends in Congress, members of his Cabinet, senior staff and supporters are still setting out to undermine the fact-based approaches that might get the virus under control and restore normal life.

Trump headed to Texas, currently a massive coronavirus hotspot, on a distraction mission, enjoying a photo op at an oil rig after another episode of his traveling medicine show promoting hydroxychloroquine.

"All I want to do is save lives," Trump said of a drug that his own government regulators say is not an effective cure for Covid-19.

But he was not accompanied on his trip by Republican Rep. Louie Gohmert of Texas, who discovered before getting aboard Air Force One that he had Covid-19. The congressman tested positive for coronavirus Wednesday morning during a pre-flight screening at the White House.

Gohmert has ostentatiously avoided wearing a mask. And he used his diagnosis -- thanks to that White House test -- to further trash science and undermine government medical advice by misleadingly suggesting his recent use of a face covering may have gotten him sick.

Another Trump acolyte, national security adviser Robert O'Brien, who works within yards of the Oval Office in Trump's mask-free West Wing, found that he had Covid-19 late last week.

Former White House physician Dr. Ronny Jackson, now a Trump-style congressional candidate, was seen in Texas heading to greet the President on Wednesday also without wearing a mask. Until there is a vaccine, government health experts say wearing a mask and social distancing are crucial to slowing the spread of the disease.

Republican senators, meanwhile, pressed ahead with their effort to reduce unemployment benefits in an effort to force people back to work to fire up the economy Trump needs to win reelection. Democrats want to extend benefits at their full value of $600 a week, arguing that many Americans are worried about getting back on the job with the virus wave still breaking across the country.

And Trump's Education Secretary Betsy DeVos dismissed calls for the Trump administration to release a national plan aimed at opening schools, saying there was no place for such federal power flexing. But she still used her national platform to demand that all schools open even though the virus still rages in multiple hot zones.

"There's not a national superintendent nor should there be, therefore there's not a national plan for reopening," DeVos said during a trip to North Carolina with Vice President Mike Pence. She praised a local private school for its reopening plans. Such institutions typically have smaller classes and more resources than public schools which often cram 30 or more kids in a classroom.

Trump ally Ron DeSantis, the Republican governor of Florida, defended his own decision to reopen schools, ignoring the fact that his state just posted another daily record for Covid-19 deaths on Wednesday.

'Deaths in the multiple hundreds of thousands' 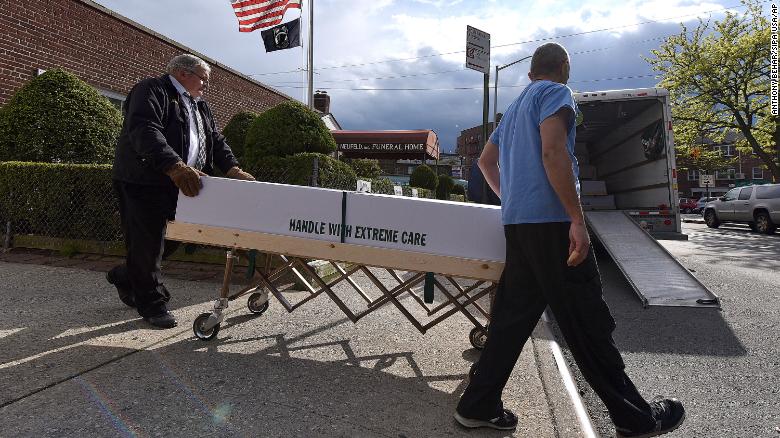 As US passes 150,000 coronavirus deaths, group warns of hundreds of thousands more without action

Criticism of those who are brazenly dismissing science, playing down the impact of the virus and calling for an end to lockdowns come what may is not partisan, although most taking such positions tend to be Republicans and close to Trump's orbit.

Rather it is rooted in the fact that months into the pandemic, skeptics, including those with ultimate power, are still ignoring or undercutting the few proven tools, such as mask wearing and social distancing, that could help to quell it.

This despite the fact that the impact of such behavior is clear. Trump's fierce pressure on states to open before they had the virus under control helped unleash a wave of new infections across the sunbelt that caused tens of thousands of infections and likely thousands of unnecessary deaths.

Another painful consequence of premature openings emerged on Thursday when Federal Reserve Chairman Jerome Powell said the beginnings of a post-lockdown economic rebound had been stalled by the virus.

"The pace of the recovery looks like it has slowed since the cases began that spike in June," Powell said. "On balance it looks like the data are pointing to the slowing in pace in the recovery."

Ironically, had Trump leaned on states to adopt US Centers for Disease Control and Prevention guidelines on safe reopening, rather than goading a swift comeback, he would have been in a far better political position than he is now, with polls showing plunging public confidence in his leadership.

As it is, scientific experts are warning that his current approach could lead to an even more sweeping disaster.

The Association of American Medical Colleges said Wednesday that if the nation does not change its course -- and soon -- deaths in the United States could be well into the "multiple hundreds of thousands."

And scholars at the Johns Hopkins University Center for Health Security in a new report warned that federal leadership was badly needed and called for universal mask mandates and stay-at-home orders in the hardest hit states.

"Unlike many countries in the world, the United States is not currently on course to get control of this epidemic," the report said. "It is time to reset." 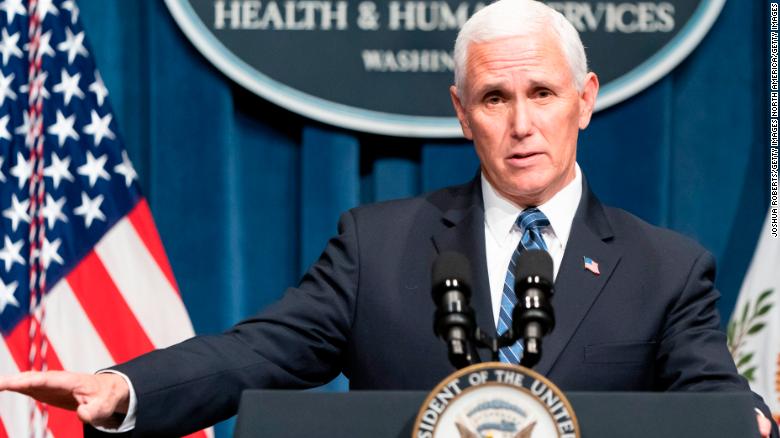 The President's efforts at revived White House briefings to improve his standing by showing Americans he has a plan to beat the pandemic have come unstuck because of his indiscipline and conspiratorial mindset.

On Tuesday, Trump went out of his way to promote hydroxychloroquine, an anti-malarial drug that robust clinical studies say is ineffective in treating Covid-19 but is a favorite on pro-Trump conservative media.

He defended himself for retweeting videos in which a group of doctors promoted by Tea Party Patriots made false claims about hydroxychloroquine and suggested that mask wearing is not necessary.

He specifically defended Dr. Stella Immanuel, a little-known physician from Houston, who has among other things, claimed that sex with "tormenting spirits" is responsible for gynecological problems, miscarriages and impotence.

"I was very impressed with her and other doctors that stood with her. I think she made sense, but I know nothing about her," Trump said. "Certainly you can put her up and let her have a voice."

"I'm very explicit and unambiguous when we say we've got to follow the science. If a study that's a good study comes out and shows efficacy and safety for hydroxychloroquine or any other drug that we do -- if you do it in the right way -- you accept the scientific data," Fauci said on MSNBC.

"But right now today, the cumulative scientific data that has been put together and done over a number of different studies has shown no efficacy."

Gohmert is diagnosed then blames mask-wearing 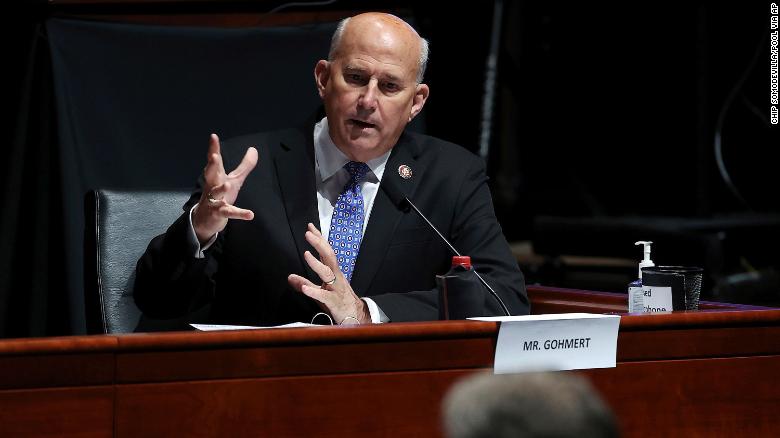 Louie Gohmert, who's refused to wear a mask, tests positive for Covid-19

Gohmert only found out about his diagnosis when he showed up at the White House for a coronavirus test before he was due to fly to his home state with Trump. It was the latest occasion when the comprehensive testing system set up to protect Trump spared the President from exposure. But the delays in turning around tests -- in the absence of an effective national coronavirus testing structure -- most Americans lack similar protection.

The news about Gohmert quickly caused uproar on Capitol Hill, where the congressman has been one of many Republicans ostentatiously flouting mask wearing guidelines to make a political statement of support for Trump.

Rather than use his own, asymptomatic case, to highlight the dangers of not observing social distancing -- he was seen alongside Attorney General William Barr on Capitol Hill on Tuesday -- Gohmert sought to bolster the denial and politicization that has helped lead to 150,000 deaths.

"I don't know about everybody, when I have a mask on I'm moving it to make it comfortable and I can't help but wonder if that you know puts some germs in the mask," Gohmert told his constituents in a video message.

Such signs that leaders are still not taking the pandemic sufficiently seriously are why many medical researchers are pessimistic.

Dr. Ross McKinney Jr., the chief scientific officer of the AAMC, which issued its warning of "multiple hundreds of thousands" of US deaths, called for a national change of course.

"We're 150,000 now, we have a lot of states where the epidemic is currently out of control," McKinney told CNN's Brianna Keilar.

"And we're starting to see some of the states that were in between ... where there is a drastic, rapid upswing in infections, places like Nebraska and Iowa," he continued.