The differences between President Barack Obama and Israeli Prime Minister Benjamin Netanyahu were on display Monday when the two offered dramatically divergent takes on a nuclear deal with Iran -- even as Netanyahu struck a conciliatory tone during his visit to Washington.

He also said Netanyahu has been wrong before -- pointing to the 2013 interim deal with Iran."Netanyahu made all sorts of claims. This was going to be a terrible deal. This was going to result in Iran getting $50 billion worth of relief. Iran would not abide by the agreement. None of that has come true," Obama said. "It has turned out that in fact, during this period we've seen Iran not advance its program. In many ways, it's rolled back elements of its program."

Netanyahu, meanwhile, reaffirmed that the U.S.-Israeli relationship remains strong and, despite controversy surrounding his Tuesday address to Congress, said the two nations "will weather this current disagreement."

"Our friendship will weather the current disagreement as well, to grow even stronger in the future — because we share the same dreams...because the values that unite us are much stronger than the differences that divide us," he said in his address to the American Israel Public Affairs Committee annual policy conference, drawing enthusiastic applause from the crowd.

Polling has shown Americans disapprove of House Speaker John Boehner's move to invite Netanyahu to speak to Congress without notifying the White House. That, and the timing of the speech so close to the Israeli election, has critics accusing Boehner and Netanyahu of politicizing the issue of Iranian nuclear talks, and a growing number of Democrats are planning to boycott what they see as an attack on the president. 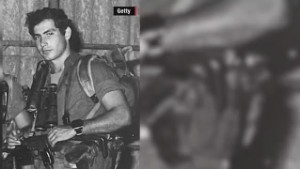 But in his address to AIPAC, the prime minister refuted those critics, insisting that his Tuesday speech is "not intended to inject Israel into the American partisan debate," and reaffirming his support for Obama.

"My speech is not intended to show any disrespect to Obama or the esteemed office that he holds—I have great respect for both," he said.Netanyahu instead framed his Tuesday address as part of a "moral obligation" to sound the alarm on Iran, which he warned has "vowed to annihilate Israel, and if develops nuclear weapons, it can achieve that goal."

"As prime minister of Israel, I have a moral obligation to speak up in the face of these threats while there is time to avert them," he said.While he'll face a more skeptical audience on Tuesday, Netanyahu's speech Monday was punctuated with enthusiastic applause and multiple standing ovations from an auditorium packed with thousands of pro-Israel activists, business leaders and others in town for the annual AIPAC policy conference.

Netanyahu is expected to use his Tuesday speech to lay out what he believes are the emerging contours of a deal with Iran and warn Congress against accepting a bad deal, and to push for tougher sanctions.

And while she sought to diffuse some of the tension between the two nations with a speech peppered with Hebrew and recollections of her personal experiences with Israel, she offered a direct refutation to the goal of many in the room to deny Iran nuclear capabilities entirely.

She received her biggest applause of the night after mentioning the possibility of having Iran "forego its domestic enrichment capacity entirely," but immediately shot the crowd down.

"But as desirable as that would be — it is neither realistic or achievable," she said."The plain fact is no one can make Iran unlearn the scientific and nuclear expertise it already possesses," Rice added, and cautioned that it wasn't a "viable negotiating position" to attempt to block Iran from using its nuclear capacity for domestic energy reasons.

But she emphasized that the U.S.' and Israel's goals and security concerns are the same, and sought to reassure the pro-Israel crowd that the White House had Israel's best interests in mind during the negotiations."We have Israel's back come hell or high water," she said.

He said that Israel exists in a far more dangerous region of the world, and while "America's the strongest power in the world, Israel is strong, but it's much more vulnerable."

But on Monday, UN Ambassador Samantha Power, speaking just before Netanyahu, reaffirmed the U.S' commitment to a strong alliance with Israel. 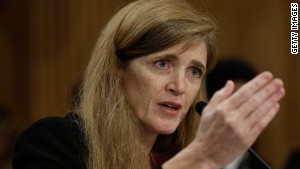 "We believe firmly that Israel's security and the U.S.- Israel partnership transcends politics. It always will," Power said. "This partnership should never be politicized and it cannot and will not be tarnished or broken."

Power insisted that the "bond between the United States and Israel is still a national commitment," and declared that relationship "should never be a partisan matter.""We cannot and we will not lose sight of that," she said.AIPAC activists will fan out across Capitol Hill on Tuesday to lobby legislators to support a bill slapping tougher sanctions on Iran and one subjecting any eventual deal to congressional approval.

Because of the increasingly tense atmosphere surrounding the speech, it risks backfiring on Netanyahu, and even some of his allies have expressed concerns that he may ultimately undermine his cause.RELATED: Will Netanyahu's speech to Congress backfire?

AIPAC CEO Howard Kohr acknowledged Sunday that "the way this speech has come about has created a great deal of upset among Democrats," but said the situation hasn't risen to the level of a crisis yet, and "frankly, it's up to us to not let it become a crisis. 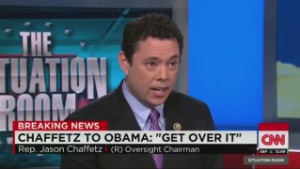 He said the speech would be "important," and added that "we hope and urge members of Congress to be there to hear what he has to say."Congressional Republicans have broken with Obama, with Rep. Jason Chaffetz, R-Utah, saying the United States should "not do this through appeasement.""The biggest problem we have on the face of the planet is Iran getting a nuclear weapon," he said on CNN's "The Situation Room." "And we have to do anything and everything we can in our powers to make sure that won't happen."