In his 2011 book "Death by China," President Donald Trump's senior adviser Peter Navarro quoted a China hawk named "Ron Vara" to prove his point on the threat posed by Beijing to the American economy.

"Only the Chinese can turn a leather sofa into an acid bath, a baby crib into a lethal weapon, and a cell phone battery into heart-piercing shrapnel," Vara said. He appears once more in the book and is even referenced in the index.

There's just one problem -- Vara doesn't appear to exist, according to an investigation by an Australian academic, who determined that Vara is actually Navarro. Ron Vara is even an anagram of Navarro's last name.

Vara's true identity was revealed by an Australian academic, who began to investigate him after being asked to write an article on anti-China rhetoric for a local politics and foreign affairs blog.

Tessa Morris-Suzuki, a professor emeritus of Japanese history at the Australian National University, told CNN she tried to find Vara after being asked to write an article on anti-China rhetoric for a local politics and foreign affairs blog.

"I just looked him up online, assuming he might be some businessman or other, and then he wasn't there. The more I looked, the more I thought this was really strange," she said.

"Then I realized the anagram." 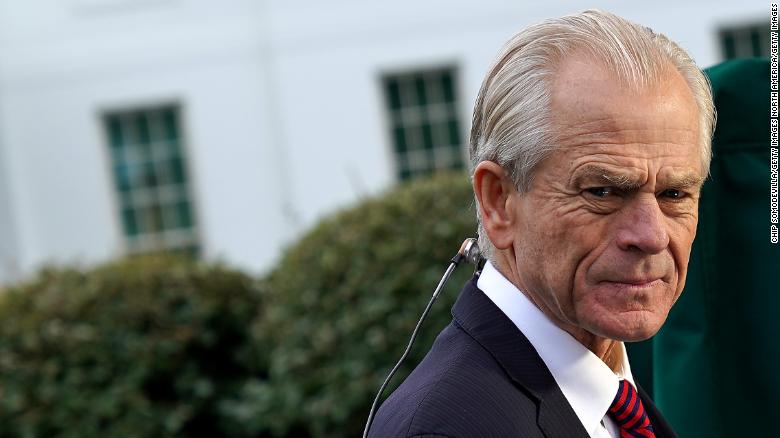 The White House did not respond to CNN's requests for comment. In a statement to The Chronicle, Navarro had admitted to inventing the character of Ron Vara, describing it as a "whimsical device and pen name," purely for "entertainment value."

He added that it was "refreshing that somebody finally figured out an inside joke that has been hiding in plain sight for years."

Navarro, an academic, has been one of Trump's top advisers on trade matters since the 2016 campaign.

The longtime China hawk is considered among the architects of the Trump administration's trade war with Beijing and has been regularly been part of the US delegation sent to negotiate a potential deal with the Chinese government.

Navarro has strongly defended Trump's tariffs on China, saying that they're needed to at least partially separate the two economies. He has repeatedly accused Beijing of currency manipulation, intellectual property theft and inflicting severe damage on the US manufacturing industry. 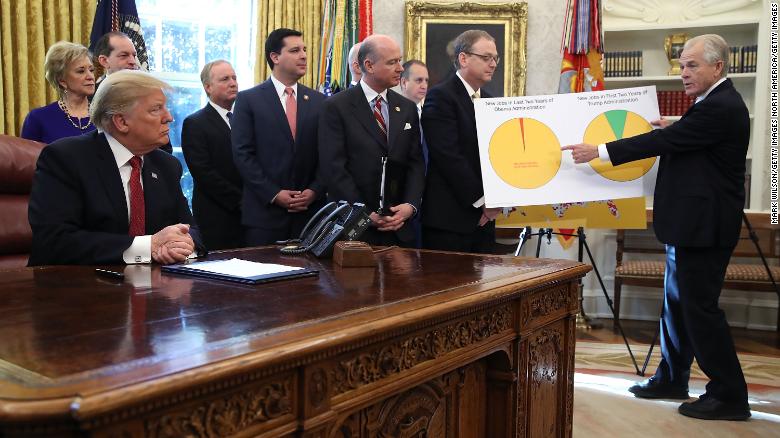 "China wants to buckle our knees so that they can have their way with us," Navarro told CNN in August.

Before he joined the Trump administration, he was a prolific author and Morris-Suzuki said that Ron Vara is regularly featured throughout Navarro's books. He appears in Navarro's 2001 "If It's Raining in Brazil, Buy Starbucks," described as a stock trader "in a league of his own."

"In fact, this Dark Prince of Disaster has made a very large fortune making the very best out of very bad situations," the book says.

According to the 2001 book, Vara was a captain in a reserve unit during the Gulf War as well as a doctoral student in economics at Harvard University in the US.

When Morris-Suzuki called Harvard, they said they didn't have any record of any alumni with that name.

The academic said as she read through Navarro's books, the most recent of which have focused heavily on China, Ron Vara began to express increasingly anti-Beijing views in his works.

"Initially (Vara's remarks) are pretty anodyne little quotes, little bits of wisdom as it were, but when he gets into writing his China books we get these ferocious anti-China quotes," she said.

Vara is quoted in at least six of Navarro's books, including in "The Coming China Wars" from 2008.

"You've got to be nuts to eat Chinese food," Vara is quoted as saying.

Morris-Suzuki said that she found Navarro's attitude to his misquoting of analysts "concerning."

"They were popular books, they were certainly supposed to be facts and in a sense he's staked his reputation as a China expert on these books, so quoting from a made-up person in those seems like a strange thing to do," she said.