Boris Johnson has taken the first step up his Brexit mountain. If he's careless, he could be buried in under an avalanche.

As he travels back to London from Brussels, the British Prime Minister has good reason to feel upbeat. He was told he'd never get a new Brexit deal and that his plans to replace the Irish border backstop were a non-starter. Yet, as his swaggering senior advisers were keen to point out to journalists here in Brussels, he's proved everyone wrong.

That's the good news. The bad news is that he might have kicked off a chain of events that could bring his time as Prime Minister to a premature end. He now faces what will be two of the most painful days of his career back in London. 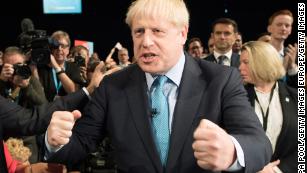 On Friday, Johnson will have to convince lawmakers across the political divide that they should back his new Brexit deal.

It's a tough ask. The main opposition Labour Party hates the deal, and wants to negotiate its own one and then put that deal to a public referendum. Other opposition parties want to scrap Brexit altogether. His supposed allies in the Northern Irish Democratic Unionist Party have rubbished his plan and said they won't support it. And even some hardline Brexiteer members of his own Conservative party are looking shaky.

It's easy to see why. Johnson's new deal looks a hell of a lot like Theresa May's hated deal. In reality, pretty much all that Johnson has done is remove one part of the Withdrawal Agreement -- the Irish backstop -- and replace it with something much more complicated. And Johnson, it mustn't be forgotten, voted against May's deal -- twice. His resignation from May's cabinet over her Brexit plans began the backlash that ultimately ended her premiership.

His reasons for voting against May were numerous and extended well beyond the backstop. And now he, Boris Johnson, must look the Brexiteers he led in the eye and say that his deal is worth £39 billion (about $50 million) where May's was worth nothing. 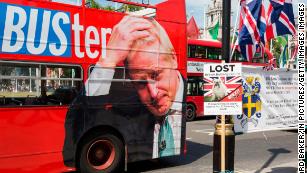 That's Friday. On Saturday, the rubber meets the road, when Johnson will bring his deal before Parliament for a special weekend sitting. He will have to spend the day sat in Parliament listening to his deal be criticized from all corners of the House of Commons. As Johnson's time at his first, and possibly last, summit as leader of an EU member state came to an end, he told media that he hoped when his "colleagues in parliament study this agreement, they will want to vote for it on Saturday."

Right now, the numbers are not there for Johnson. Generous predictions currently give him a narrow loss. But if everything falls apart for him in the next 48 hours, it could be a crushing defeat.

If that happens, he will be legally obliged to request an extension to Article 50 and delay Brexit -- the one thing he promised he'd never do. At that point, it's very likely that the gradual slide towards the inevitable general election speeds up. Once the extension has been granted, both Johnson and his opponents will be chomping at the bit to get on the campaign trail. Johnson will point at his enemies and say that they stole Brexit. They will shout back that he is a failure. 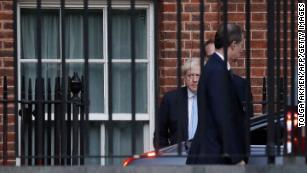 And he will be attacked from both the left and right. Those favoring a softer Brexit -- or no Brexit at all -- will say that Johnson wanted to irresponsibly drag the nation into the unknown. Hardline Brexiteers will say that he sold out the country to the EU.

And though Johnson enjoys healthy poll leads at the moment, his credibility would take an unavoidable blow if he is forced to request a Brexit extension.

Of course, none of this removes the fact that Johnson has done something he was repeatedly told could not be done. He's got a new deal and amazingly seems to have the entire EU behind him.

Despite the mountain before him, Johnson could be forgiven for seeing a way to the summit. As things stand, he needs the help of people he's spent his three months in power alienating if he's to do the impossible once again. And in Johnson World right now, nothing feels impossible.