Hong Kong's status as Asia's premiere financial hub survived months of political unrest last year. But news this week that China is planning to further erode the city's autonomy has again called into question its future as an East-West conduit for global business.

China announced Thursday that it plans to introduce a law in Hong Kong that is expected to ban sedition, secession and subversion against Beijing. It will also enable Chinese national security agencies to operate in the city.

Beijng's move was so stunning because it implies much greater intervention in the city, which has largely been allowed to manage its own affairs since the former British colony became a semi-autonomous region of China more than 20 years ago. Beijing intends to introduce the law on the city's behalf, bypassing its legislature.

"Hong Kong today stands as a model of free trade, strong governance, free flow of information and efficiency," said Robert Grieves, chairman of the American Chamber of Commerce in Hong Kong, in a statement. "No one wins if the foundation for Hong Kong's role as a prime international business and financial center is eroded." 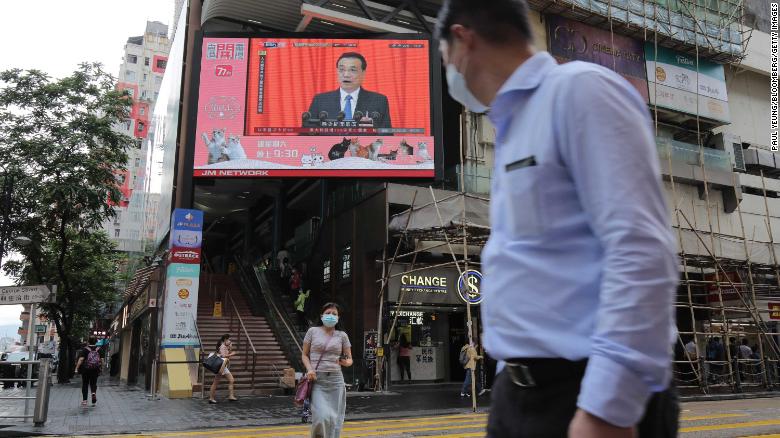 Hong Kong's political and legal freedoms, which are not available on the mainland, have given comfort to foreign companies that view the city as a stable place to operate, free of the restrictions that come with doing business in other Chinese cities like Shanghai or Shenzhen. (Many American and other Western companies already do business in the mainland, though they are often required to work with local partners. Others are still locked out of China altogether.)

The benefit also works in reverse: Chinese companies use the city as a place to raise capital and broaden their investor base, or as a launch pad for overseas expansion.

While confidence in the city was shaken during last year's antigovernment protests, most companies ultimately chose not to abandon Hong Kong. And the city's stock exchange had a banner year — it was the world's top location for IPOs, beating rivals in New York and London.

Even so, Hong Kong's status as a global business destination never quite felt secure after the protests broke out.

Top executives at its flagship airline, Cathay Pacific, resigned last summer after the carrier was swept up in controversy related to the protests that angered Beijing. And the city's richest billionaire, Li Ka-shing, appealed for calm as the demonstrations stretched into the back half of the year. 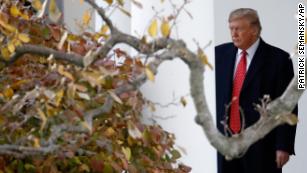 "The road to Hell is often paved with good intentions," Li said in August. "We need to be mindful of unintended consequences."

Late last year, the city became entangled in escalating tensions between the United States and China after Washington passed a law in support of the protesters. The law linked Hong Kong's special trading status with the United States to an annual review of its unique freedoms.

The status grants the city exemptions from the tariffs that the United States imposed on Chinese goods during the trade war between the two countries, for example.

In the context of the nearly $740 billion in goods and services traded in 2018 between the world's top two economies, the city is a small player.

The United States imported nearly $17 billion in goods and services from Hong Kong in 2018, while exporting $50 billion.

But those numbers don't tell the whole story of the US-Hong Kong relationship, and the special status offers the city much more than trade privileges.

"[It's] a bit misleading ... because the US counts trade that passes through Hong Kong to China as trade with China," said William Reinsch, the Scholl Chair in International Business at the Center for Strategic and International Studies in Washington. "Regardless, I think the real issue is less the actual amount of trade than the signal a change in status would send about the unreliability of doing business with Hong Kong."

More than 1,300 US companies alone operate in the city, according to analysts at Citi, who added that the threat of revoking Hong Kong's special status with the United States "could weigh on business confidence."

"It remains to be seen if the US would revoke the act immediately," they wrote in a research note on Friday. "Our economists have argued special status of [Hong Kong] is likely to stay in the near term, as both US and China have significant interests in maintaining the status quo."

Tensions between the United States and China, though, have been ratcheting up recently as the two seek to blame each other for the coronavirus pandemic. The Trump administration last week, for example, moved to restrict the Chinese tech firm Huawei from working with US companies. Beijing could respond by blacklisting foreign companies. 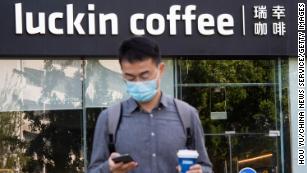 Here comes the US crackdown on China stocks

US lawmakers, government agencies and stock exchanges have also recently taken steps aimed at limiting Beijing's access to America's vast capital markets. The State Department is now requiring American journalists working for Chinese state media in the United States to provide personal information including details of their spouses, children, and anyone else they live with.

Secretary of State Mike Pompeo said Friday that Beijing's plan would be "a death knell" for the autonomy Hong Kong was promised. And if it went ahead, it would affect Washington's assessment of the status of the territory.

"The United States strongly urges Beijing to reconsider its disastrous proposal, abide by its international obligations, and respect Hong Kong's high degree of autonomy, democratic institutions, and civil liberties, which are key to preserving its special status under US law," he said.

"This authoritarian national security plan will most certainly bring into question [Hong Kong's] status as a global banking center," wrote Stephen Innes, chief global markets strategist at AxiCorp, in a research note Friday. "I think this is quite serious."

Companies that do business in Hong Kong are also concerned about what Beijing's national security law could mean for people who work in the city, and whether it could have a chilling effect on the ability to attract foreign workers.

"A Beijing inspired national security law leaves open an interpretation of how such an act will be enforced," said Tara Joseph, president of the American Chamber of Commerce in Hong Kong, in a statement.

The business lobby group added that the "enactment of a vaguely defined national security law will make it harder to recruit and retain top tier talent."