The Ukrainian girlfriend of slain Russian opposition leader Boris Nemtsov faces constant psychological pressure from Moscow authorities and fears she will be implicated in his death, her mother told CNN.Model Anna Duritskaya, 23, was walking with Nemtsov on Friday night when a gunman shot the politician about 100 meters (330 feet) from the Kremlin.

"She was crying and she was saying Boris had been killed and he's lying next to me," said her mother, Inna Duritskaya. "She was in such shock she couldn't say anything else."Duritskaya said her daughter was questioned until 2 a.m. Monday. She said she fears authorities will implicate her daughter in the death because they have threatened to take her attorney away from her.

The model had been staying at the apartment of an aide to Nemtsov under constant police guard.Late Monday, Yevhen Perebyinis, a spokesman for Ukraine's Foreign Ministry, tweeted that Duritskaya had left Moscow for Kiev. 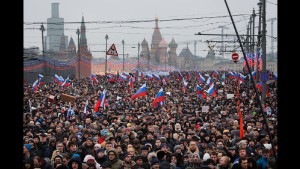 The assassination has spawned a flood of conspiracy theories. Nemtsov was one of President Vladimir Putin's most outspoken critics, and many suspect the Kremlin of either direct or indirect involvement.Inna Duritskaya said her daughter knew the risks of getting involved with the prominent opposition leader.

"Of course when I heard she was dating him it was a bit of a shock," she said."Then when I met him in person I liked him a lot as a person. He was straightforward, he treated my daughter very well, she was happy. And I couldn't influence it anyway; my daughter did what she wanted to. Of course, I was worried and scared, but I couldn't change it anyway."

Thousands of Nemtsov supporters gathered Sunday in Moscow to mourn the death of the 55-year-old, who was deputy prime minister during President Boris Yeltsin's administration. 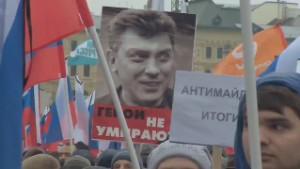 The event took place the same day Nemtsov was supposed to lead a rally in Moscow decrying Russia's policies on Ukraine.Ukrainian President Petro Poroshenko said Saturday that Nemtsov was about to reveal information that would be damaging to Russian interests, Ukraine's state-run Ukrinform news agency reported.

"A few weeks ago I had a conversation with him on how to build relations between Ukraine and Russia, as we would like them to be," Ukrinform quoted Poroshenko as saying."Boris said that he was going to make public the strong evidence for participation of the Russian armed forces in Ukraine. Someone was very afraid of that. Boris was not afraid, the executioners were afraid. They killed him."

The hunt for the killer 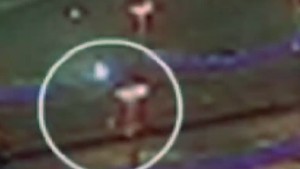 The President also wrote to Nemtsov's mother, saying he shared her grief, and promised to bring those behind the killing to justice, the Kremlin said.Police said they are looking for a man with short hair who stands between 5 feet 7 inches and 5 feet 9 inches, Russia's Sputnik news agency reported. The shooter was wearing blue jeans and a brown sweater.

The Investigative Committee of the Russian Federation is offering a reward of 3 million rubles ($49,000) for information leading to the arrest of the killer. It said the tipster will be guaranteed anonymity.

On Monday, the Russian television station Dozhd published an interview with Anna Duritskaya after her release.Duritskaya told the interviewer she did not see who killed Nemtsov, but that when she turned around she saw a light-colored car driving away. Duritskaya said that her wish was to go home to Ukraine to see her mother and that she did not believe she could attend Nemtsov's funeral on Tuesday.

Speculation has pointed blame at everyone from Putin, to a Putin associate, to someone just irked by Nemtsov's business activities.

"I doubt it was a direct order from Putin, but it was this toxic atmosphere of hatred," Russian pro-democracy activist Garry Kasparov said. "It has been propagated by Russian television 24/7." 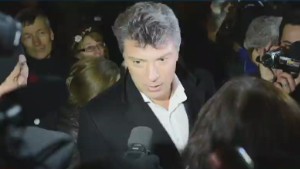 Nemtsov's friend and political colleague Ilya Yashin blamed Putin more directly: "It's clearly a political murder," Yashin said. "I don't know who killed Boris, but I know that it's the government and personally Putin who are responsible for it."Putin offered a different theory: that the killing was a contract hit, but one meant to fire up political strife, his spokesman Dmitry Peskov said.One man near the site of Nemtsov's memorial said he thinks the killer was a Putin opponent.

"I don't think Putin did this," he told CNN. "I think this was some radical group that wants to make Putin look bad."Nemtsov had said he was at risk for assassination. He told the Russian newspaper Sobesednik last month that he was "a little bit" afraid his mother's fears that Putin would have him killed would come true.

But he added, "I'm not afraid of him that much. If I was afraid I wouldn't be heading an opposition party and do what I'm doing."Opinion: The complicated life and tragic death of Boris Nemtsov

The consequences of criticism

Critics of Putin have in the past suffered miserable fates. 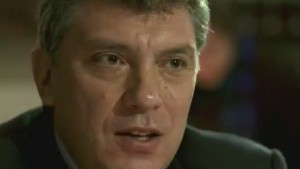 Business magnate Mikhail Khodorkovskyaccused Putin of corruption and spent 10 years in prison and labor camps.Late last year, Kremlin critic Alexey Navalny was found guilty of fraud in a politically charged trial. Russia's official news agency reported Monday that a request by Navalny to attend Nemtsov's funeral had been denied.And before his death, Nemtsov had been arrested several times for speaking against Putin's government.

Kasparov, chairman of the Human Rights Foundation's International Council, suggested the killing was linked to the Kremlin's own insecurity."If you are popular your critics don't have to be shot down in front of the Kremlin,"Kasparov tweeted. "Putin is just food in a prison, eat it or star