The FBI has increased its reward for information on missing American Robert Levinson from $1 million to $5 million, it announced Monday.Levinson, a retired FBI agent, vanished after traveling to the Iranian island of Kish in March 2007 and is one of the longest-held U.S. citizens in history.The FBI announced the reward increase on the eighth anniversary of Levinson's disappearance -- and the day before his 67th birthday.

"Levinson traveled to Kish Island, Iran, on March 8, 2007, working on behalf of several large corporations, and his whereabouts, well-being and the circumstances surrounding his disappearance have been unknown since that time," it said in a statement.

U.S. Secretary of State John Kerry issued a statement asking Iran to cooperate with the investigation into Levinson's whereabouts. 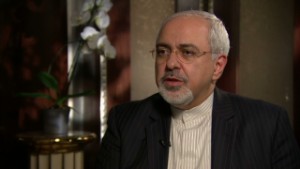 "He has spent more than 2,900 days separated from those who love him, and is one of the longest held U.S. citizens in history. Year after year, the family has endured the pain of his absence. It is time for him to come home," Kerry said."We remain committed to the safe return of Mr. Levinson to his family and appreciate the support and assistance from our international partners. We remain concerned about Mr. Levinson's health given his age and the length of his disappearance."

Iran's government repeatedly has said it is not holding Levinson and does not know his whereabouts. The FBI says he was in Iran as a private investigator.But news reports in 2013 said he was working as an independent CIA contractor when he disappeared. 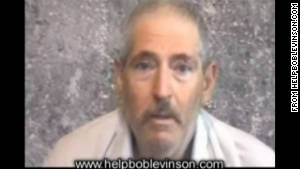 That prompted his family to speak out, saying they kept it quiet for years that Levinson was working for the CIA, because the U.S. government had warned them that revealing it would put him in more jeopardy.The FBI, White House and CIA have not publicly acknowledged any connection between the CIA and Levinson.

It's unclear exactly who is holding him, but U.S. officials have said they believe he is somewhere in southwest Asia.Whoever his captors are, in 2010 they sent a "proof of life" videotape and photographs of Levinson to his family.

In the video, he asked the U.S. government for help: "Please help me get home," a gaunt-looking Levinson said on the tape, citing his 33 years of service in the FBI as a reason for that help. The photographs showed him with a large beard.