Why has Putin gone missing?

Vladimir Putin is not a self-effacing man. That's why when the Russian president suddenly disappeared from view people took notice. When Russian officials tried to trick the public by passing off old photos as new appearances, speculation about Putin's whereabouts went viral.

Hashtags such as #Whereisputin and #ПутинУмер -- Russian for #PutinIsDead -- became the tip of a giant social media iceberg, much of it streaked with dark humor.In Ukraine, the neighboring state besieged by Putin's forces, someone reportedly left a large funeral wreath at the gate of the Russian embassy. A handwritten message addressed Putin with an expletive, telling him, "Thank you for croaking." 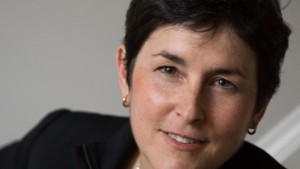 The fast-moving iceberg of speculation may melt as fast as it emerged. The Kremlin has now started pushing harder against the rumors, trying to prove that Russia's foremost -- nay, only -- major political leader, is alive and well. Early on Friday, officials released what they said was a picture of Putin taken the day of. But on social media, onlookers accused officials of dusting off old images. Those keeping track insist Putin has not been seen since March 5.

Regardless of how or when this speculation ends, it tells us much about the political realities of Russia.

This whole thing started after Putin's trip to Kazakhstan was canceled on Wednesday and a Kazakh official told a reporter that the Russian President had fallen ill. Then the Kremlin released a picture of Putin speaking with the leader of the Republic of Karelia. But it turns out that happened on March 4.

On Thursday, Putin's spokesman, Dmitry Peskov, said the President would miss his regular meeting with the Federal Security Service (FSB). When asked about his boss's health, Peskov said he is "absolutely healthy," his handshake so strong he could "break your hand." To illustrate the point, the Kremlin's Russia Today posted a picture of the mighty President slamming a judo opponent hard against the ground. Peskov says Russia is in the grips of a "spring fever" that is causing people to dream up harebrained scenarios.

Amateur sleuths and creative minds have speculated wildly about Putin's health problems. The Swiss magazine Blick said Putin is in Lugano, where his girlfriend just gave birth to their baby. Some have said he has cancer; others report a heart attack or a stroke. There are even suggestions that he went off to join ISIS, or is playing hide-and-seek a la Where's Waldo.

Does Putin ever catch a cold? Does he ever get sick? The Kremlin doesn't want to allow Putin's image of virility and strength to become tarnished by the weaknesses of mere humans.

That's hardly surprising. Putin is not your average president. On paper, Russia is a democracy. But no objective observer believes that. Putin is the state. Every important decision is made by him.

Putin rules in the old-fashioned style of a personality cult. His approval ratings are stratospheric, even if his brazen policies would warrant more significant levels of disagreement. Approval ratings nearing 90% are the product of suppression of dissent and media maneuvers demonizing, ridiculing, and ultimately silencing critics. The system requires propaganda and image control. It needs Putin to be larger than life.

The recent murder of Boris Nemtsov, Putin's foremost critic, has spawned fears that there is a hit list, a roster of Putin critics whose days are numbered. There are rampant rumors of intrigue inside the Kremlin.

The level of fear is said to be higher than it has been in years. The term "Kremlinology" became the study of intrigue and power machinations in inscrutably dark systems.

Russia has a long history of concealing the illnesses of its leaders. In the Soviet era, some mysterious disappearances were followed by funerals. In those days, there was usually a succession plan. And in the post-Stalin days, the passing of one leader meant that the party chose the next strongman.

In 1991, the last USSR leader, Mikhail Gorbachev, went to his summer home in Crimea. He was visited by a group of high-ranking Soviet officials. The next day, the Russian people were told that Gorbachev was ill, and could not perform his duties. Gorbachev was held against his will. There was a coup in progress. Putin's mentor, President Boris Yeltsin, also had a history of "disappearing" from view. He was really ill and/or drunk.

Even if Putin is in perfect health and the social media whirlwind turns out to have just been an outlet for creativity, talk of Putin's disappearance raises important questions.

What would Russia become if he suddenly left power? Is there a successor in place? Is there anyone who would continue Putin's policies? If there is a power vacuum, a conceivable scenario given just how thoroughly Putin dominates, what would the consequences be?

Whatever Putin is doing at this exact moment -- whether he is hunting tigers, visiting with friends, or convalescing from an illness -- and no matter what he does in the days ahead, the Internet tempest of the past few days is a reminder that the man who embodies today's Russian state, who dismantled the country's once-fledgling democracy, won't be around forever. Which raises the question, what then?