New Zealand is finally trying to decriminalize abortion. Why has it taken so long? Veronica was 21 years old and scared.

It all started with a break-up. Her long-term boyfriend left her for her friend. Heartbroken, she ended up having a one-night stand with an older guy.

After the condom broke, he gave her $20 ($13) for the morning after pill, which doesn't require a prescription in New Zealand. She took it but a month later, in the final semester of her teaching degree, she found out she was pregnant.

Veronica -- who asked CNN not to use her real name out of concern for her privacy -- wanted to get an abortion. But it wasn't that simple.

New Zealand is often seen as a progressive place for women. In 1893, it was the first self-governing country to give all adult women the right to vote. Its leader, Jacinda Ardern, is the country's third female prime minister. It ranked seventh globally for gender equality in the 2018 World Economic Forum Global Gender Gap report. 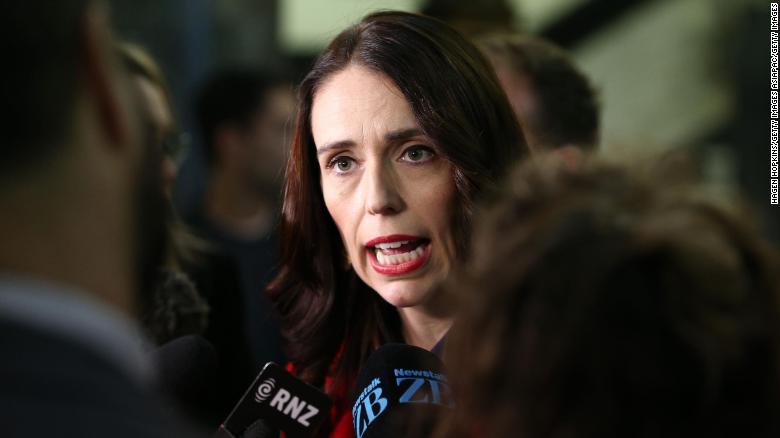 Prime Minister Jacinda Ardern speaks to media on May 30, 2019 in Wellington, New Zealand.

But in New Zealand abortion is still a crime unless certain conditions are met.

Before 20 weeks, abortions can only be performed for limited reasons, such as the pregnancy would seriously endanger the woman's life or her mental health. Rape or extreme youth are not grounds. Every abortion must be signed off by two specially appointed doctors. After 20 weeks, the conditions that permit an abortion become drastic. A woman who gets an unlawful abortion risks a $200 fine -- anyone who provides an unlawful abortion faces up to 14 years in prison.

Veronica, who is now 30 and living overseas, was "terrified," but it took her a month to get her abortion.

During her 10 weeks of pregnancy, she battled heavy morning sickness, which prevented her from continuing school. She graduated a semester late, then found it hard to get a job as she had finished in the middle of the school year. Eventually, she left New Zealand to work overseas.

About 13,000 women like Veronica access abortions each year in New Zealand -- and an estimated 30% of women in that country have abortions during their lifetime.

Nevertheless, pro-choice groups say that the country's 42-year-old law creates stigma around abortion and forces women to jump through unnecessary hoops to get one, causing emotional, physical and financial distress.

Earlier this year, in its review of the country's human rights, the United Nations Human Rights Council called on the New Zealand government to remove abortion from the Crimes Act.

Finally, that could happen. Last Thursday, a bill to decriminalize abortion and strip the requirement for two-doctor sign-off passed its first reading in parliament.

But for those already impacted by New Zealand's abortion laws, some wonder: What took so long?

In 1840, New Zealand became a British colony and subject to English law, which made abortion illegal. By the 1930s, however, New Zealand was self-governing and abortion could be accessed when a woman's life or mental health was in danger.

But in practice, few doctors were willing to perform a termination.

Over time, attitudes changed. In the late 1960s, abortion rates rose in New Zealand as women took ownership of their bodies and advantage of greater access to the procedure in public hospitals. In 1974, the country's first abortion clinic opened, pitting opponents who lobbied for tougher restrictions against those who supported greater access.

While New Zealand updated its abortion laws in 1977, to allow for more circumstances in which an abortion was allowed, it was still listed in its Crimes Act. Soon after, a petition urging parliament to repeal the law gained 319,000 signatures -- around 10% of the country's population. 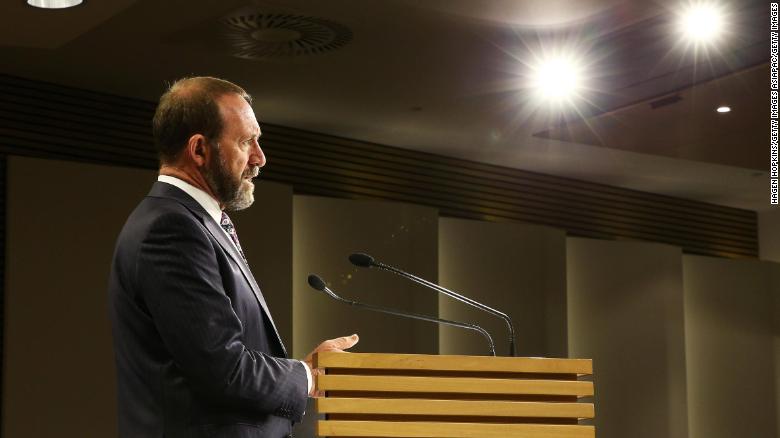 New Zealand Minister of Justice Andrew Little announces that abortion law will be modernized so that it is treated as a health issue on August 5, 2019, in Wellington, New Zealand.

Since then, pro-choice groups have continued to push for law reform.

But little changed -- until Ardern was elected.

In 2017, Ardern made reforming the law one of her campaign promises -- and she has kept her word. As the bill was introduced on Thursday, Ardern said: "I am reflecting now, as we enter into this debate, on how long a journey it will have felt for many ... to reach this day."

A recent Ipsos poll showed 77% of New Zealanders thought women should be able to access abortion, compared with 84% in the United Kingdom and 68% in the United States. During the first reading of the bill, only 23 lawmakers voted against the bill while 94 voted for it.

Terry Bellamak, the president of Abortion Law Reform Association of New Zealand (ALRANZ), said the main reason for the delay in changing the law had been "political cowardice" on the part of the country's legislators on this divisive issue. Those who oppose abortion are a small but vocal minority. Conservative group Family First NZ, for instance, said the proposed law ignoresthe rights of the unborn child. "It takes a lot of courage for a politician to go out on this particular limb," Bellamak said.

Another reason for the delay was a common feeling that there was no issue with the current rules, said Jackie Edmond, the chief executive of New Zealand Family Planning. 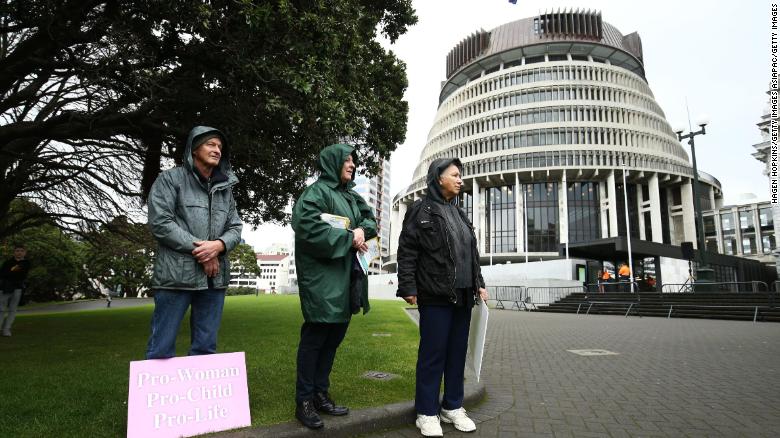 Pro-life supporters look on during a pro-life, anti-abortion rally at Parliament on May 28, 2019 in Wellington, New Zealand.

Afterall, despite it being listed in the Crimes Act, thousands of women access abortion each year and between 1980 and 2016, only 40 people were charged with procuring an abortion -- all these were in relation to assaults that were intended to cause, or did cause, a miscarriage.

Only one person was convicted of unlawfully supplying pills that could cause an abortion.

As center-right National Party MP Maureen Pugh put it before she voted against the bill on Thursday: "I still struggle to understand what it is we are trying to fix."

For many New Zealand women who have come up against the law, it's clear what needs to be fixed.

For a start, as Ardern said during the first reading of the bill, women often feel they have to lie to access an abortion. "If they do tell the truth, then technically, under our law, they are a criminal, and I don't believe that that is right," she said. "I fundamentally disagree with that."

In 2017, 97% of abortions were authorized on the grounds that continuing the pregnancy would be a serious danger to the woman's mental health.

Sarah -- not her real name -- said she remembers feeling like she needed to lie about her mental health when she had an abortion at the age of 18. "I remember feeling like I had to play it up, I had to exaggerate," said the 29-year-old public servant, who asked to remain anonymous to protect her privacy.

Under New Zealand's current law, women must have at least three appointments before their abortion: one with a regular doctor, and then two meetings with specially appointed doctors. The number of appointments could increase if the initial doctor is a conscientious objector, meaning the woman must find another doctor to refer them.

Dylan, who asked to use a pseudonym for privacy reasons, had an abortion in 2010 and is still angry about the drawn-out process.

Now 31 and working as a teacher in Melbourne, Australia, back then Dylan was in a relationship but didn't plan to have a baby. "I just wanted to not be pregnant as fast as possible," said Dylan, who had to endure morning sickness and fatigue while awaiting the procedure. "It's a very disempowering feeling to be pregnant when you don't want to be pregnant." 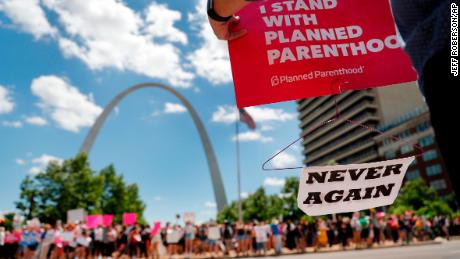 Nevertheless, Dylan was lucky to have supportive friends, an open-minded family background, and to live in the capital Wellington, where abortion services are available.

For New Zealanders living in remote areas, accessing the relevant doctors and then abortion services can be difficult, said Family Planning's Edmond. The west coast of South Island, for instance, doesn't have any abortion services, meaning women need to make the three-hour drive to Christchurch for a termination.

For pregnant teenagers, women who already have children, or those with a full-time job, this can be difficult, said Edmond.

The drawn-out process can have health impacts, too. Having an abortion earlier in the pregnancy is quicker, cheaper, and generally less distressing for the woman. Before 12 weeks, women can take pills to induce a termination, but after that they are limited to a surgical abortion.

A decade on, Dylan still doesn't feel comfortable talking about the abortion.

"I can't emphasize how much I was surrounded by people who didn't see abortion as a big deal, but I still felt that level of social stigma," Dylan said. "I still feel reluctant to acknowledge to people that I was even pregnant."

Listing abortion as a crime makes it less socially acceptable to talk about, said Veronica.

"People are afraid to talk about it because they think of the stigma," she said. "Everyone that has one, they do it in secret."

Edmond agreed that the current law pushed discussion of the issue underground. "I think women are so grateful to get the service that they don't want to talk about it," she said.

Parliament will now take submissions from the public on the bill, before it has its second and third readings, the dates of which are to be decided. With the vast majority of politicians supporting the bill at its first reading, it looks set to pass -- although, it will likely be a number of months before it does so.

If the new bill had been in place 10 years ago, Dylan believes the process would have been far simpler and less traumatic. "It makes you wonder, if a previous government had been braver, if this could have happened a lot sooner."