US Vice President Mike Pence announced in Turkey Thursday that he and Turkish President Erdogan agreed to a ceasefire halting Turkey's incursion into northern Syria, which was launched after President Donald Trump effectively gave Turkey the go ahead on a phone call with Erdogan earlier this month.

The deal appears to secure Turkey most of its military objectives, forcing America's one-time allies in the fight against ISIS -- Kurdish forces -- to cede a vast swath of territory, with one senior US official very familiar with operations in Syria telling CNN that the deal meant the US was "validating what Turkey did and allowing them to annex a portion of Syria and displace the Kurdish population."

The Turkish government is insisting that the agreement is not a ceasefire, but only a "pause" on operations in the region, reflecting Ankara's views of the status of the Syrian Kurds. 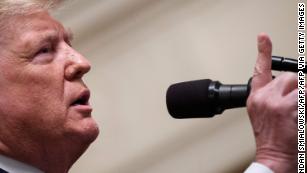 As part of the deal, Pence said Turkey "will pause Operation Peace Spring in order to allow for the withdrawal of (Kurdish) YPG forces from the safe zone for 120 hours," referring to Ankara's official name for the unilateral military offensive.

"All military operations will be paused, and Operation Peace Spring will be halted entirely on completion of the withdrawal," Pence said.

"This also includes an agreement by Turkey to engage in no military action against the community of Kobani," he continued, referring to the Kurdish-held city on the border of Syria.

Pence said the Turkish operation would end when the YPG forces complete their withdrawal.

Pence said during a press conference announcing the agreement that the US is "going to be using all the leverage that we have of having fought ralongside Syrian Democratic Forces in the battle against ISIS to facilitate their safe withdrawal," adding that the negotiated "outcome will greatly serve the interests of the Kurdish population in Syria."

Once a permanent ceasefire is achieved, Pence said the President would withdraw the sanctions that were placed on Turkey in the last week.

However, Turkish Foreign Minister Mevlut Cavusoglu said during a televised press conference Thursday that the agreement "is not a ceasefire."

"We will pause the operation for 120 hours in order for the terrorists to leave," Cavusoglu said, referring to the Kurds. "We will only stop the operation if our conditions are met."

US Special Envoy for Syria James Jeffrey, who participated in the talks in Ankara, told reporters the agreement will be focused on "those areas where the Turks had penetrated into northeast Syria," saying, "The Turkish army has seized a great deal of territory in a very short period of time."

Jeffrey acknowledged that America's Kurdish partners would be ceding a lot of territory to Turkish control, saying, "There's no doubt that the YPG wishes that they could stay in these areas. It is our assessment that they have no military ability to hold onto these areas."

Trump called the agreement "an amazing outcome" and said he was hopeful that the ceasefire would last more than five days.

According to an internal US government readout obtained exclusively by CNN, the general asked for clarification on the US position regarding Turkey's demand for a 30-kilometer zone under its control: "Are you asking me to surrender 30km of my land and then discuss these points? Let me make sure I understand, the United States of America wants Turkey to occupy this land?"

General Mazloum Abdi, the commander of the Kurdish-led Syrian Democratic Forces (SDF), told Kurdish television channel Ronahi TV in a phone interview that the SDF is ready to abide by the "ceasefire" and will do all that is necessary to achieve it.

Abdi also said that the "US gave us guarantees", after vowing the SDF would do all in their power to ensure a ceasefire.

However, the general emphasized that the agreement covers the current war zone only, from Ras al-Ain to Tal Abyad in northern Syria, not all of northern Syria.

The General Command of SDF also released a statement saying that the ceasefire had gone into effect.

The statement, issued by the General Command of the Syrian Democratic Forces, said the SDF will abide by the ceasefire and called on Turkey to commit to it.

A senior US official tells CNN that the deal made with Turkey is essentially validating the Turkish offensive.

"This is essentially the US validating what Turkey did and allowing them to annex a portion of Syria and displace the Kurdish population," the official said. "This is what Turkey wanted and what POTUS green lighted. I do think one reason Turkey agreed to it is because of the Kurds have put up more of resistance and they could not advance south any further as a result. If we don't impose sanctions then Turkey wins big time."

Brett McGurk, the former special presidential envoy for the Global Coalition to Defeat ISIS, tweeted that new agreement could not be implemented.

"The US just ratified Turkey's plan to effectively extend its border 30km into Syria with no ability to meaningfully influence facts on the ground. Turkey says it's the entire border from the Euphrates to Iraq (450x30km) to be controlled by its military forces. Non-implementable," McGurk wrote.

Republican members of the Senate are also concerned about the deal.

Sen. Mitt Romney, a Utah Republican, delivered a speech on the Senate floor condemning "the decision to abandon the Kurds."

"What we have done to the Kurds will stand as a bloodstain in the annals of American history," he said.

Florida Republican Sen. Marco Rubio tweeted that the US delegation "deserves praise" for the agreement, but added that it "doesn't appear 'cease-fire' signals change in Erdogan's goal. He still plans to rid area of Kurds & create 'security zone', but is giving Kurds an ultimatum, they can leave voluntarily or leave dead."

As part of that agreement, the US convinced the Syrian Democratic Forces to dismantle their defensive fortifications and pull fighters from the border to appease Turkey.

The US also conducted joint patrols and shared intelligence with the Turkish military as part of that arrangement.

The Kurds complied with the request to pull back and dismantle their fortifications and the US said the agreement was working ahead of schedule. Turkey opted to invade despite those efforts.

Now that the US has pulled out of all locations in northern Syria apart from Kobani, it will be nearly impossible for the US to monitor, much less enforce, a ceasefire.

Asked about the prospects of a ceasefire given the fate of the now defunct security mechanism agreement, a senior US administration official said recently, "We are very aware that the Turks entered into an agreement with us and they then decided that they would pull out of that agreement and we're very concerned about that happening again."