A 21-year-old protester was shot in the chest with a live round by a police officer in Hong Kong early Monday morning, as traffic stalled and clashes broke out across the city.

A traffic officer shot the protester and fired two more live rounds in Sai Wan Ho, on eastern Hong Kong Island, according to a police source.

The police source did not provide any more details about the shooting or why the officer fired his gun.

In a video clip of the incident shared online, the officer can be seen grappling with a protester. A second protester, dressed in black and wearing a face mask, approaches the scuffle, and the officer raises his gun.

The second protester appears to try and wave or slap the gun away, and the officer shoots him at close range in the chest, to screams from the surrounding crowd of protesters and passersby. 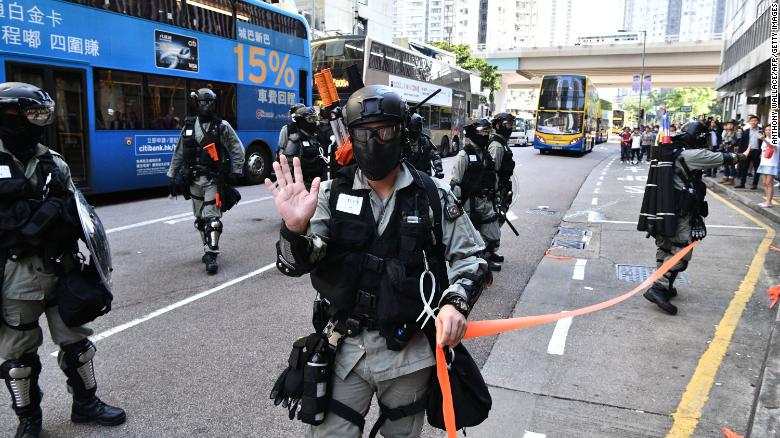 Police officers in Sai Wan Ho, Hong Kong, where a protester was shot on November 11, 2019.

Several more protesters then grapple with the officer, and two more live rounds are fired off-camera.

The injured protester is undergoing operation at a hospital and remains in a critical condition, according to the Hong Kong Hospital Authority.

Police officers have since cordoned off the area where the protester was shot, and have fired tear gas to disperse protesters.

Several subway lines were experiencing minor to severe delays, with some routes partially suspended "due to an escalation of the situation in station," according to the MTR subway operator.

In a statement, police said they were continuing to clear barricades and disperse the protesters.

Anti-government protests, which were first launched in June in opposition to a now-withdrawn extradition bill, have dragged on for five months. Demonstrations have steadily escalated in violence, with increasing public hostility toward the city government and police force.

Police first used lethal force in October by firing a live shot and injuring a protester.

Tensions in the semi-autonomous Chinese city were further inflamed this weekend, with raging protests fueled by anger over the death of a 22-year-old student. 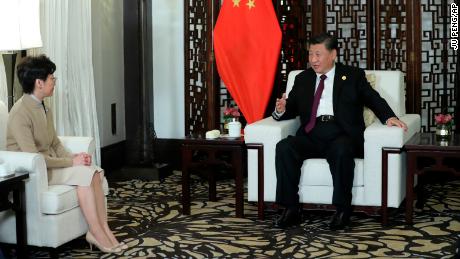 Chow Tsz-lok, a computer sciences student at Hong Kong University of Science and Technology (HKUST), died on Friday morning, days after falling and suffering a severe head injury in a parking garage close to the scene of protests.

Chow had been in a coma and on life support until Friday. There is no indication that Chow was involved in the nearby protest the night of his injury.

Protesters and fellow students mourned his death throughout the weekend, with a vigil on Friday night and a memorial on Sunday. HKUST students left flowers and messages on Post-it notes on campus, and vigil attendees laid flowers and lit candles. 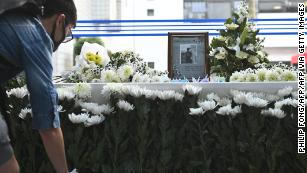 His death also prompted an outpouring of anger from anti-government protesters, who claim that police actions on the night of the accident resulted in paramedics being temporarily unable to access Chow.

This anger spilled out during the weekend protests, with protesters on the streets shouting for "revenge."

Police expressed "profound sadness" over his death, but have strenuously denied responsibility for his death and maintained that at no point did officers obstruct ambulance or fire services from assisting Chow. A police statement released on November 5 described the allegations as "certainly false."

According to police, ambulance crews arrived at the scene on November 4 approximately 19 minutes after being called. Hong Kong's ambulances pledge to arrive at the scene of the incident within 12 minutes of a call.