This is the fight Europe has needed for years The European Union is bracing for a difficult autumn.

Beyond the nasty fallout from Brexit -- arguably the greatest crisis to befall the bloc since its creation -- and recovering from a global pandemic, the 27 member states are gearing up for a huge row over LGBT rights, the rule of law and the role both should play in the Union's future.

Tensions have been bubbling for a while, but in recent days, two events have made it clear that the issue cannot be ignored any longer.

Hungary, led by the right-wing populist Viktor Orban, brought into effect a new law that bans information which "promotes" homosexuality and gender change being used in schools. The government claims it is doing to so protect children, though critics believe that prohibiting access to such information stigmatizes LGBTQ people, putting them at risk of discrimination and violence. 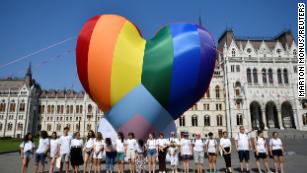 On Wednesday of this week, Members of the European Parliament presented a legal case for the EU Commission, the bloc's executive branch, to strip Hungary of its EU funding as it is not meeting its obligations as an EU member state.

While the case makes no mention of Hungary's anti-LGBTQ laws, focusing instead on the country's assaults on judicial independence, among other things, the MEPs presenting the case made clear to CNN that the two are linked.

Katalin Csech, a Hungarian opposition MEP, explained that the report "establishes the legal case" for stripping funding from Orban's government via what is called the rule of law mechanism, "based on his rampant corruption." She adds that corruption is "intimately linked to human rights abuses like the recent attack against the LGBTI community" because "an independent judiciary should be protecting LGBTI people's rights too."

Her German colleague, Daniel Freund, explains that the focus on the rule of law is part of a wider effort to create a cumulative pressure on Budapest.

"If we can cut their funding, which is the only language Orban really understands, for his assaults on the judiciary, then hopefully we can use it to build cumulative pressure for violations of the EU treaties in other areas."

The new law is part of a years-long erosion of rights for LGBTQ people. Luca Dudits from the Háttér Society, a Hungarian LGBTQ advocacy group, points to a long list of repressive actions, from banning same-sex marriage in 2011 to barring non-married couples from adopting last year.

The reality of having an openly homophobic and transphobic government and little remaining independent media has, Dudits explains, created a dangerous "echo chamber" placing vulnerable people at serious risk of discrimination and violence.

"The invisibility means that there's no way that LGBTI people really feel that there is a safe environment to come out, and obviously this also impacts social acceptance. It also affects mental health, if you are constantly hearing that you are an immoral person who is a danger to children."

'Hateful rhetoric' in the bloc

Hungary is not the only EU nation currently under fire for its treatment of LGBT people.

Poland's infamous LGBT-free zones, areas where opposition to LGBT "ideology" is symbolically written into law at state and local levels, have been criticized widely as being in violation of the EU's commitments to human rights and, in some cases, have seen applications for EU funding pulled.

Karolina Gierdal, a lawyer for the Polish advocacy group Campaign Against Homophobia, told CNN that as long as "politicians can get away with their hateful rhetoric and actions, they signal to citizens that "harassing the LGBTQI community is not discrimination and that their homophobia or transphobia is justified and may be acted upon."

Critics in Poland would like to see more action from Brussels. Sylwia Spurek, Poland's former deputy to the ombudsman on equal treatment who is now an opposition MEP, believes that the current debate around the rule of law is too narrow "because everybody is talking about, about independence of judiciary, about freedom of media, about a shrinking civic space." 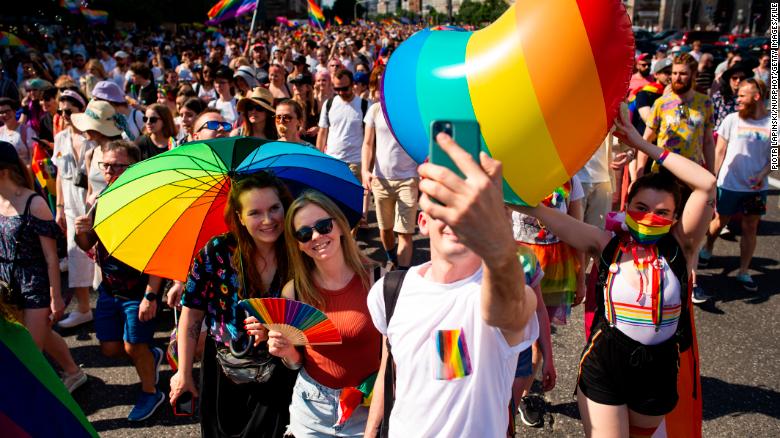 An Equality Parade marched through Warsaw on June 19 -- after being canceled in 2020 due to Covid restrictions.

She is trying to convince the Commission to see human rights as part of the rule of law. Her argument is that Article 2 of the EU treaty concerns respect "for human dignity, freedom, democracy, equality, the rule of law and respect for human rights, including the rights of persons belonging to minorities."

Spurek believes that violating this part of the treaty is clearly an infringement of the rule of law, which is in itself grounds for pulling EU funds from the Polish government.

The problems Poland and Hungary's opponents face are that not everyone agrees on the legal point, that the action that the Commission or EU Council (represented by the elected governments of the 27 member states) could actually take is politically limited, and that the wider consequences of unilateral action could create an even bigger mess.

"It's all very tense. Several of the more liberal member states are uncomfortable with asking their taxpayers to fund countries whose behavior they abhor," said one EU diplomat. Those member states want the Commission to act, "because the divisions between the member states in the Council make any serious actions very hard, especially in areas where unanimous votes are required," the diplomat added.

Normally, divisions in the Council are characterized by narrow national, often economic, self-interest. On the matter of LGBT rights, the fury from more liberal member states is palpable.

At the last Council summit on June 24, Mark Rutte, the Dutch PM, openly said that Hungary "has no place in the EU anymore," before the leaders had even met.

In the closed-door session, Luxembourg's Prime Minister, Xavier Bettel, starkly warned Orban: "My grandfather was Jewish, I'm gay and can live freely. And then I read this law. I know what happens when you turn people into a minority," according to a Luxembourg government official. And 17 member states pointedly signed a letter to the presidents of the EU institutions, reiterating their support for human rights as outlined in Article 2. 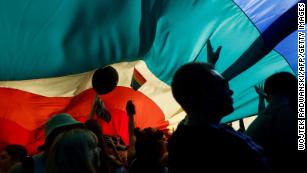 Eastern Europe was once a world leader on gay rights. Then it ran out of scapegoats

For its part, the Commission is concerned that any unilateral action could backfire politically. "If the Commission starts saying it wants to keep money from these countries, they are able to say 'look, Brussels wants to hurt us and I am the best person to protect you,' strengthening their domestic political grip," a second EU official explained.

From the perspective of Hungary and Poland and their allies around Europe, they are simply showing "respect for Europe's Judeo-Christian heritage."

According to a statement that was co-signed by the governments of Hungary and Poland and supportive parties elsewhere, the EU is becoming "a tool of radical forces" that want to erase national identity and replace it with "a European Superstate." Their statement claimed they wanted to ensure that their traditional values are present as the debate over Europe's future enters a new phase.

This is where things get very messy and somewhat existential for the bloc.

The fight for the heart of Europe

The words "future of Europe" get thrown around a lot by people in Brussels, but usually by people who are largely supportive of the EU becoming institutionally stronger and more centralized.

The fact the likes of Poland, Hungary and their supporters, including France's far-right presidential candidate Marine Le Pen and Italy's populist firebrand Matteo Salvini, put out a statement on their vision for the future of the EU is chilling for Europhiles.

Those who love Europe generally accept it needs to evolve to survive.

"Right now, the union is not fit for the challenges of the future. We can either go into the direction of a stronger Europe with more powers, or a weaker Europe, which is fragmented. I firmly believe that [latter version of] Europe has no future," says Csech.

Spurek agrees that "if the Commission, the Council, has no determination to protect these values, there is no future of the European Union." 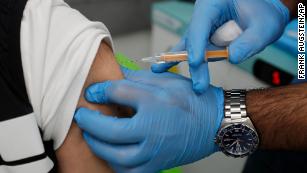 The pandemic is stirring deep resentments in Europe. They may not be quick to heal

So many of the problems facing Europe had been masked by the unity Brexit afforded the 27 as they confronted a single foe, despite the challenges that posed. With the UK gone, the fight for the heart of the European project is well underway.

There is no easy answer. "The EU needs to simultaneously be a shared set of values but also flexible enough to accommodate every perspective on that dividing line," says Ronan McCrea, professor of European law at University College London.

That dividing line is often characterized seen as East versus West, old members versus new. Many of those member states who joined as former Soviet satellites had to jump through hoops to prove they were up to becoming part of the liberal, rule-based West. But as McCrea puts it, "the EU is a bit like a nightclub with ferocious bouncers on the door but weak internal security. Once you've passed the accession process and are in, you can break the rules with much less serious consequences."

The EU has been historically good at fudging issues to avoid catastrophe. However, most of its crises have been economic and overtly political. This degree of conflict over rival values and culture is fairly new territory. And what's panicking so many in Brussels is that, unlike an economic or political crisis, they sincerely have no idea how this ultimately plays out.